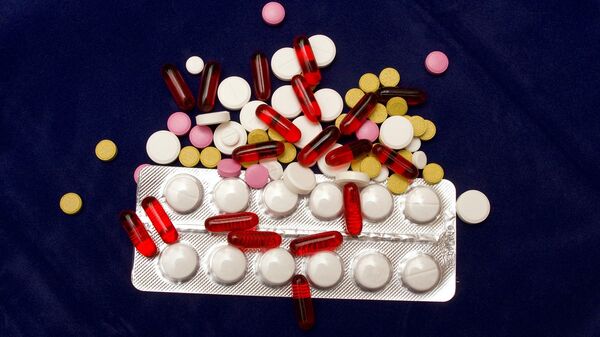 The decision has been taken in the wake of the US’ announcement of its intention to terminate India's designation as a beneficiary developing country under the Generalised System of Preferences (GSP) programme. Indian firms used to export of around 2,100 goods valued up to $5.6 billion under the free tariff regime.

New Delhi (Sputnik): In what could serve a big blow to multinational pharmaceutical companies such as Sanofi Genzyme, Pfizer and Shire USA, the Indian government has decided to curb the trade margin on 390 anti-cancer drugs, bringing down the maximum retail price of the drugs by almost 87%.

The revised prices of the anti-cancer medicines will come into effect from 8 March 2019.

"Manufacturers and hospitals have been directed to convey revised maximum retail price, to be effective from 8th March 2019, based on the trade margin (TM) formula. 390 brands i.e. 91% of the 426 brands reported by manufacturers, showed downward price movement," a statement issued by the Indian government's chemical and pharmaceutical department reads.

The average out of pocket expenditure for cancer patients is 2.5 times that for other diseases. This move is expected to benefit 2,200,000 cancer patients in the country and would result in annual savings of approx. $114 million to the consumers, the department added.

Multiple Drug Companies Recall Blood Pressure Medications Over Cancer Risks
However, health activists say that the maximum retail prices of these drugs are already so high that capping the trade margins would hardly make any difference.

"The mechanism is suggested to bring down their prices is faulty and inadequate. This is because these medicines are being imported at such high prices that trade margin capping would have a negligible impact on making them more affordable," the All India Drug Action Network (AIDAN) said.

As the government had bitter experience in the past following similar price cap on several other life- saving drugs, the department has directed manufacturers not to reduce production volumes of brands under regulation.

Earlier, the Indian government had imposed a cap on the price of imported medical devices which boomeranged in the form of GSP withdrawal by the US. The US had initiated the review of GSP on the basis of representations by the US medical devices and dairy industries after the Modi government put the cap on these devices. India had said it was ready to address the US' concerns regarding medical devices in principle, by putting in place a suitable trade margin approach in a reasonable time frame to balance concerns about fair pricing for the consumers and adequate remuneration for the suppliers.