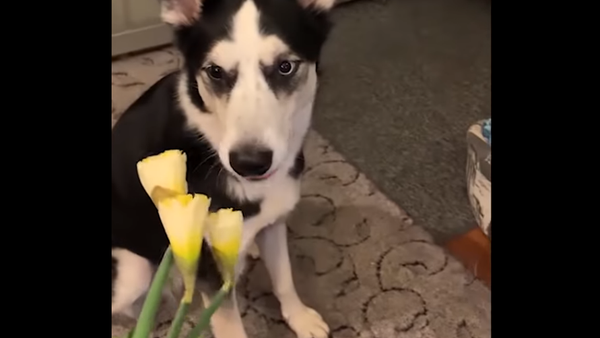 Two Russian ladies, Yekaterina Vasilieva and Olga Makarenko, came up with a new way to gauge the quality of bouquets. The trick surprisingly involves man's best friend, who have long been helping humanity - doggies.

When the pups are shown bouquet comprising of one, three or five flowers, the trained animals react with anger and start barking at the poorly made compositions. However, whenever they examined lavish and carefully made bouquets, the puppies don't bark and react calmly.

Footage of the trick was uploaded ahead of International Women's Day, which is one of the main holidays in Russia. On this day, men tend to show their love and admiration to all the women in their lives, typically by gifting them flowers. It has been culturally established that if a man presents a poor bouquet of flowers, he risks making a fool of himself in the eyes of a Russian woman.