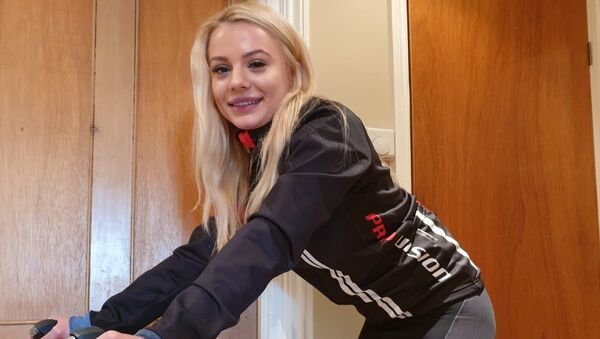 According to Union Cycliste Internationale (UCI) regulation, which was cited by British Cycling as the reason for this move, “no pornographic bis products or any other products that might damage the image of the UCI or the sport of cycling in general shall be associated directly or indirectly with a licence-holder”.

BREAKING NEWS: Cycling is for everyone. Except people like us @pornpedallers. Today @BritishCycling revoked our club affiliation because PPCC breaches @UCI_cycling regulation 1.1.089. We're just a cycling club, riding for fun & raising money for @THTorguk. Is this justified?👍👎 pic.twitter.com/dBAqWpOFFx

​This development quickly evoked a wave of outrage on social media as people took stock of the situation.

British Cycling you should be ashamed of this ridiculous decision. A group of cycling enthusiasts, raising much needed charity funds, no harm, no wrong done. Just riding together and enjoying it. Isn’t that what it’s about!!!

​Some, however, seemed to support the move made by British Cycling.

Well, if you select a name like that you mustn't be surprised if not everybody shares your sense of humour. (I am assuming it's meant to be funny?) And don't be surprised it the police come round if they get word of it.

"We try to support everyone who actively encourages others to take up cycling, and we appreciate the efforts of everyone who contributes to our sport. As such, we are talking with the club and offering constructive advice on what it will take for them to meet with regulations," the organisation said.