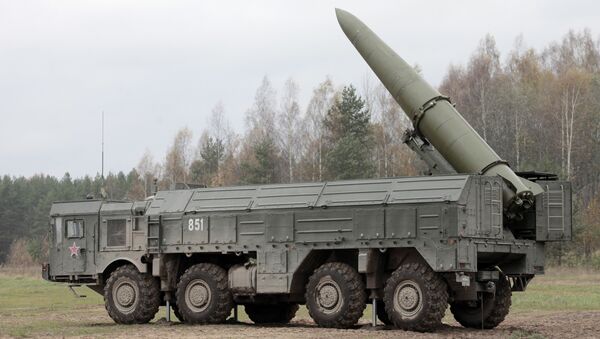 WASHINGTON (Sputnik) - Moscow has been "seriously" concerned about the compliance of the United States with the Russia-US Treaty on Measures for the Further Reduction and Limitation of Strategic Offensive Arms, also known as the New START Treaty, a source familiar with the matter told Sputnik.

"Russia has very serious concerns about how the US is fulfilling its obligations [under the treaty]. Today, instead of the actual disarmament process, the United States is more concerned about maintaining its breakout potential. This means that as soon as the New START Treaty expires, they could return it all to the arsenal and gain certain military superiority," the source said.

READ MORE: Russia to Try to Organise Consultations With US on New START Treaty — Lavrov

The source also noted that Russia was in favour of extending the treaty but stressed that the existing issued should be solved first.

"We believe it is necessary to first resolve all the differences and discrepancies that we have and extend the treaty with the understanding that it is being fully implemented," the source pointed out.

In addition, it stated citing the ongoing Russia-US inter-ministerial discussions, that "the United States is saying unequivocally that the issue [of extending the treaty] is under consideration, and that they are examining a wide variety of options."

"They believe they still have time. So far, there has been no clear signal that [the United States] wants to extend the treaty," the source stressed.

This comes after Russian Deputy Foreign Minister Sergei Ryabkov said at the Munich Security Conference on 16 February that there was a growing risk that the US administration was dragging out time by refusing to engage in a genuine dialogue on the New START so that Moscow and Washington would fail to extend the accord before its expiration.

INF Treaty's Collapse Unlikely to Result in Russia, US Deploying New Missiles
The Russia-US New Start Treaty has been effective since 5 February 2011 and expires in 2021, with an option of being extended for five years.

The aggregate limits of the treaty restrict the United States and Russia to 1,550 deployed strategic warheads each. The pact also includes an aggregate limit of 800 deployed and non-deployed intercontinental ballistic missile (ICBM) launchers, Submarine-launched ballistic missile (SLBM) launchers, and heavy bombers equipped for nuclear armaments. Within that limit, the number of deployed ICBMs, SLBMs, and heavy bombers cannot exceed 700.