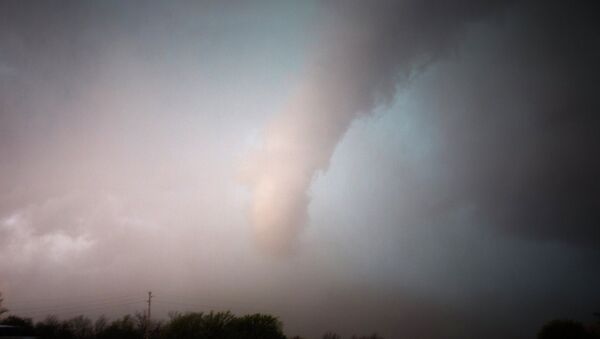 MOSCOW (Sputnik) - US President Donald Trump has offered words of support to the residents of Alabama as deadly tornadoes swept through the southern state on Sunday.

“To the great people of Alabama and surrounding areas: Please be careful and safe. Tornadoes and storms were truly violent and more could be coming. To the families and friends of the victims, and to the injured, God bless you all!” Trump wrote on Twitter on Sunday.

Earlier in the day, media reported that at least 23 people had been killed as a result of powerful tornadoes in Alabama, adding that people were still being reported missing.

This includes the Northside Fire Station located next to the Municipal Airport… the insulation from that building is now tangled in the snapped trees. #ALwx pic.twitter.com/bwLEjx2zfV

At least 40 people were reported injured. Alabama Governor Kay Ivey has extended a state of emergency issued on 23 February statewide over flooding caused by heavy rains and severe weather.

The Russian Consulate General in Houston, meanwhile, said that it has maintained contact with the sheriff's office and the emergency services of Lee County, Alabama, to be in the know if there are Russian citizens among the victims.