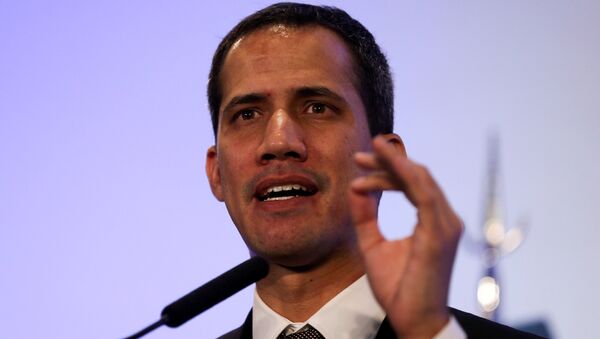 Guaido left Venezuela on 22 February defying a travel ban by Venezuela’s Supreme Court. He announced his return to his homeland on 4 March following a trip across Latin America.

Juan Guaido, a key Venezuelan opposition figure and self-proclaimed interim president, has returned to Venezuela, he confirmed on his Twitter.

Earlier, during a Periscope broadcast, he has warned Caracas against arresting him or his wife promising that otherwise Maduro's government will face repercussions.

"[If Maduro's government] tries to kidnap us […] it will be one of the last mistakes it makes", he said.

Guaido also called for the Venezuelan people to mobilise against Maduro's government upon his return to the country.

His warnings have been supported by Washington with US National Security Advisor John Bolton promising that Caracas will face "a strong and significant response from the US and the international community" if Guaido's safe return to Venezuela is hindered.

Venezuelan Vice President Delcy Rodriguez commented on the prospects of Guaido's arrest in an interview with the channel Russia-24 by saying that Venezuela adheres to the rule of law and therefore Guaido's actions will be analysed by governmental institutions. She added that "appropriate measures" will be taken, based on the results of this analysis.

Venezuelan President Nicolas Maduro has repeatedly slammed Guaido as a "US puppet" and accused Washington of trying to stage a coup in Venezuela.

Guaido proclaimed himself interim president of Venezuela calling for Maduro's resignation. The US and around 50 other countries have recognised his claims. At the same time, Russia, China, Cuba, Bolivia, Iran, Turkey and a number of other states have refused to recognise him and called to support the legitimate government of constitutionally elected President Nicolas Maduro.