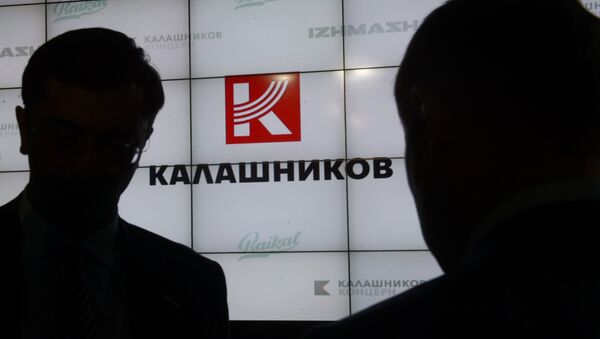 "Today, the opening of a plant manufacturing AK-203 assault rifles at an arms factory in the Indian town of Korwa in accordance with the agreements reached earlier at the highest level and the intergovernmental agreement took place", Shugaev told reporters.

According to the director, over 700,000 rifles will be manufactured under the agreement.

"The plant's capacity allows [the Indian authorities] to fully equip personnel from the Indian security forces [with the rifles], and the sides can agree on an increase of output and production upgrade if necessary", Director General of Russian state arms exporter Rosoboronexport Alexander Mikheev said.

Commenting on the plant's launch, Indian Prime Minister Narendra Modi expressed gratitude to Russia and President Putin for the joint venture, saying that the AK-203 assault rifle will not only provide major support to the Indian infantry but will also be a revenue earner in terms of exports to third countries.

"I express my gratitude to my friend President Vladimir Putin, this venture was made possible in such a short time by his support", Modi said.

The Russian president, in turn, sent a letter to the official ceremony's participants and guests, where he said that "military and technical cooperation has traditionally been one of the key areas of special and privileged strategic partnership between Russia and India".

Putin qualified the plant as a new symbol of friendship and constructive cooperation between Russia and India.

Russian-Indian talks on the production of Kalashnikov rifles in India started back in 2015.