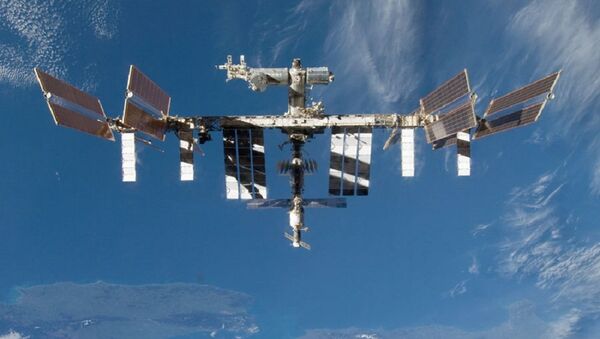 MOSCOW (Sputnik) - Vladimir Solovyev, the mission control flight director for Russia's mission to the International Space Station (ISS), gave instructions to the station commander, cosmonaut Oleg Kononenko, on actions during the planned docking of the US Crew Dragon vehicle to the station’s US segment.

"In case of an emergency, you, as the crew commander, have to ensure the safety of all the members in the Russian section or in Soyuz, depending on the graveness of the situation", Solovyev told Kononenko on Friday. Solovyev recommended the cosmonaut to monitor the docking through an illuminator.

He added that US astronauts would also be monitoring the process from their section and would be ready to close off the station's hatches if they see an emergency is likely to happen during the docking.

NASA to Work With Russia on Concerns Over Planned Crew Dragon Flight to ISS
Last week, US space agency NASA announced its plans to send Crew Dragon, designed by private aerospace contractor SpaceX, to the ISS.

NASA officials initially said that their Russian colleagues had concerns related to the US agency’s lack of a backup computer system to prevent Crew Dragon from colliding with the ISS if the vehicle goes dead. However, the sides subsequently reached a consensus on the docking procedure.

Crew Dragon, also known as Dragon 2, is a reusable spacecraft designed as a successor to the Dragon space freighter.

SpaceX and @NASA have completed thousands of hours of tests, analyses, and reviews in preparation for Crew Dragon’s first test flight to the @space_station pic.twitter.com/JvJqeoLKVy