Most US Voters Doubt Credibility of Cohen's Congressional Testimony - Poll 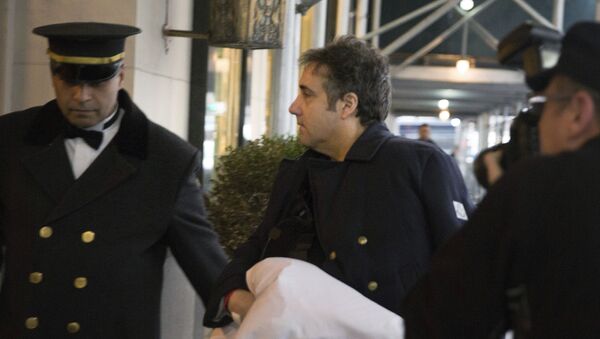 WASHINGTON (Sputnik) – Fewer than half of American citizens said after President Donald Trump’s former attorney Michael Cohen publicly testified before Congress this week that they found Cohen's testimony to be credible, a poll conducted by HarrisX and The Hill revealed Friday.

The poll surveyed 996 registered voters between 28 February and 1 March and has a margin of error of 3.11 percent.

In particular, the survey showed that only 37 percent of registered voters considered Cohen's testimony credible, compared to 25 percent who did not believe him and another 39 percent who said they did not yet have an opinion on the matter, The Hill said in a summary of the survey's results.

Democrats were much more likely to believe Cohen, with 58 percent saying they found his testimony credible compared with just 15 percent of Republicans, the poll revealed.

Cohen: There Will Be No 'Peaceful' Power Transition If Trump Loses 2020 Election
Partisanship also featured prominently during Cohen’s appearance before the House of Representatives Oversight and Government Reform Committee, with Democrats seeking damaging information on Trump and Republicans repeatedly attacking Cohen’s credibility.

Cohen as said he would be back to testify in US Congress on 6 March in connection to alleged illegal activity directed by Trump during his campaign and while in office.

On Friday, Trump accused Cohen in a Twitter message of committing perjury "on a scale not seen before". The US president’s former lawyer remains out of prison to continue cooperating with Special Counsel Robert Mueller's probe into alleged Trump-Moscow collusion during the 2016 US presidential election, which has been denied both by both parties on numerous occasions.

Cohen said during his testimony that he has been interviewed by the special counsel’s office seven times.