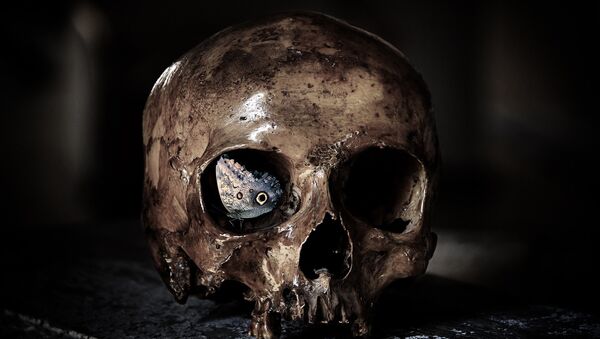 CC0 / /
Subscribe
International
India
Africa
Chile has activated its demands that Norway returns the skeletons of Rapa Nui people from Easter Island, who view bones of the deceased as part of their cultural heritage.

At the age of 16, Thor Heyerdahl jr. went to Eastern Island with his famous father, adventurer and ethnographer Thor Heyerdahl. There, they took skeletons and skulls from burial caves. Now, after many decades, Thor Heyerdahl's 80-year old son is about to deliver them back, the scientific portal Forskning.no reported.

In March, Heyerdahl jr. will visit Chile together with the royal couple and Norway's foreign minister. On behalf of the Kon-Tiki Museum, which he himself has chaired for many years, he will sign the agreement to return the items to the Chilean authorities and the museum on Easter Island.

The four skulls and several skeletons of the Rapa Nui people, who lived on Easter Island several hundred years ago, are part of the Kon-Tiki museum collection in Oslo. The museum also possesses 950 stones, about 400 stone axes and up to 3,000 other objects that adventurer and scientist Thor Heyerdahl took with him following the excavations on the isolated island community in Polynesia in 1955-56.

Heyerdahl jr. is the only surviving member of that expedition. He recalls pulling a skull from a lava cave on the island, as a 16-year-old boy.

"Now, the circle is about to close", Thor Heyerdahl jr., also a marine scientist, told Forskning.no. "The promise was that we'll bring it back when we finish studying them. Now, we are making good the promise".

The 1950s excavations on Easter Island were a follow-up on Thor Heyerdahl's famous journey on the hand-built raft Kon-Tiki in 1947, whose goal was to prove that Polynesia was populated by people from South America.

"He was right. There are traces of DNA in Polynesia originating from native Americans. Although they weren't the first to come, they arrived very early", Kon-Tiki Museum director Martin Biehl said.

According to Biehl, who is to join the Chile visit in March, stressed that the Easter Island Musuem hasn't demanded the skeletons until recently, adding that they are engaging in dialogue.

"The indigenous people of Easter Island believe that the soul itself, and everything that is inherited by knowledge, understanding and history, is physically located in the bone itself. So for them, the ancestral culture and identity rests within these skeletons and skulls. It's a very strong symbolism", Biehl explained.

The case has received a lot of attention in Chile and is part of an international trend where countries demand back their heritage exhibited in Western museums.

Biehl stressed, however, that Heyerdahl was neither a colonist nor a robber.

"He was a scientist who organised archaeological excavations with permission from the Chilean authorities. While working there, he enjoyed a very good relationship with the locals", Biehl stressed.

Easter Island is a Chilean island in the southeastern Pacific Ocean and part of the Polynesian Triangle in Oceania. It is home to Rapa Nui people and is most famous for its nearly 1,000 extant monumental statues, called moai.

Adveturer Thor Heyerdahl is one of the most famous Norwegians. He became notable for his Kon-Tiki expedition in 1947, when he sailed 8,000 km across the Pacific Ocean in a hand-built raft from South America to the Tuamotu Islands. Heyerdahl subsequently made other voyages designed to demonstrate the possibility of contact between widely separated ancient people, notably the Ra II expedition of 1970, when he sailed from the west coast of Africa to Barbados in a papyrus reed boat. Shortly before his death, he visited Russia and Azerbaijan during his last project, Search for Odin.