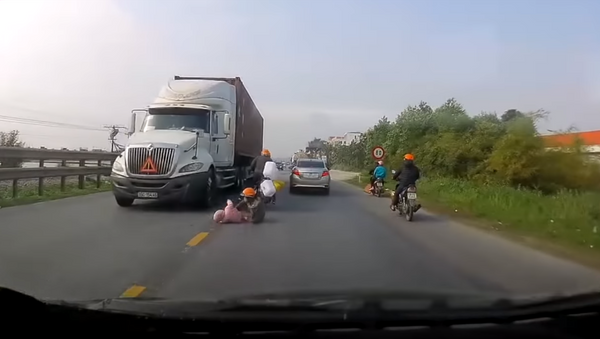 An unnecessary sideswipe by a sedan in Vietnam set off a series of heart-dropping events exactly one month ago.

The car is seen clipping the side of the family's motorcycle, knocking both the mother and son off the back and into an oncoming big rig's path. Acting quickly, the mother scrambles to regain control and swipes up her son, putting her own back closest to truck's massive wheels as it barely misses them.

Both the mother and child were safe following the incident, but it's unclear if the driver of the car responsible for the accident has been charged.