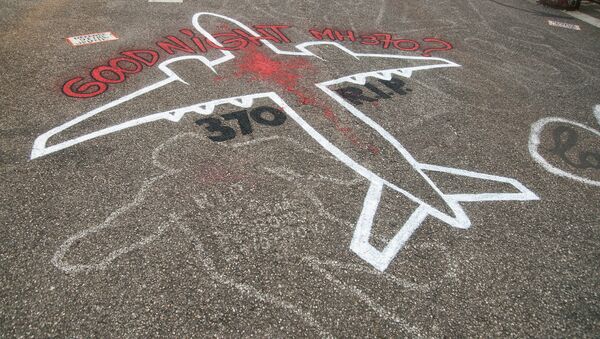 Ean Higgins, a senior reporter for The Australian whose book "The Hunt for MH370" came out this Tuesday, has added yet another wild theory to the five-year-long search for the fateful plane.

The theory goes suggests the Malaysian Airlines flight, which disappeared on 8 March 2014 with 239 people on board, could have fallen victim to its captain's illicit love affair.

This Rina woman had allegedly got a significant inheritance before she met and fell in love with Shah at Kuala Lumpur airport.

"The love tryst couple decided on an elaborate plan to elope and secretly establish a new life in another obscure but pleasant Asian country," Higgins writes, adding that the two could have resurfaced with new stolen identities.

They apparently had to go to considerable lengths to elope, namely to hijack a plane and commit a mass murder.

The theory details how Shah obtained fraudulent documents through criminal connections, prepared warm clothes and a parachute and depressurised the plane, with oxygen deprivation knocking the passengers and crew unconscious or even killing them.

He is said to have flown the plane to a remote area in the Indian Ocean and robbed the passengers of their cash and put it into a waterproof container — apparently, to add it up to Rina's inheritance. As the plane was approaching the boat with his mistress that was waiting for him somewhere in the ocean, the captain allegedly put on a life jacket and a parachute and took the Boeing down to an altitude of 900 metres.

"He returned to the passenger cabin and opened one of the exit doors just behind the wings, after pushing a lifeless flight attendant who had collapsed there out of the way," Higgins writes.

"Within 15 minutes the love of her life was safely aboard and in her arms, ready to secretly elope overseas and start a new life, the cash from the inheritance secure in the hold."

Higgins says that he likes this theory most because it's the most imaginative one. Unfortunately, it could hardly help the so-far fruitless hunt for the plane as it mostly consists of unverifiable claims.

At the same time, it does not contradict the official investigation, which concluded that the plane crashed into the Indian Ocean after making a detour over the South China Sea.

Malaysian officials, however, could not identify who manipulated the plane's controls and said it could be the captain, the first officer, or even a third party.