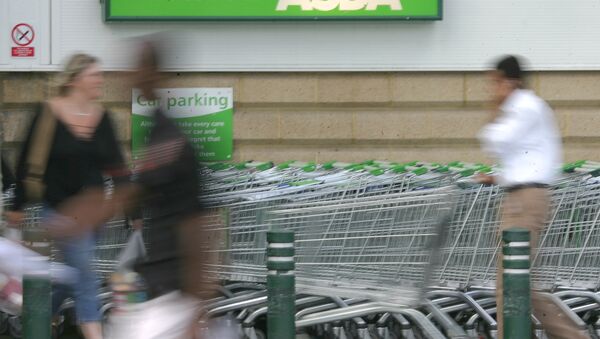 Prior to the UK's Brexit 29 March deadline, retailers have begun simplified imports and product ranges and removed items as forecasts predict a no-deal Brexit may lead to shipping delays and disruptions, in addition to price hikes and item shortages, a Kantar report published on Friday warned.

Supermarkets are preparing for Brexit by slashing product ranges and lowering food standards, according to a report from UK research firm Kantar.

The authors of the report, Ray Gaul and Fraser McKevitt, said that consumers may see changes in regularly available items, adding that there will be "more space for offers where retailers can respond quickly to opportunities and deliver surprise".

Twitter Counters 'Crass' Ban on UK Supermarket's 'Too Political' Xmas Eco-Advert
"As Brexit draws near, retailers will be rejecting less than ever," the report said. "Ultimately, this means many shoppers will need to spend extra time learning how to pick their own."

The report added that this may help retailers "accelerate the war on packaging and plastics, on food waste, and on obesity" and that the only downside was that "shopping will take just a little bit longer than before".

Shops are also relaxing the rules on the size, shape and colour of produce they carry, according to the research.

The report added: "The decision to leave the EU has affected consumers in different ways, but it's apparent that ongoing uncertainty is already having a definite impact on purchasing trends and behaviours."

"From a supplier's perspective, there is little doubt amongst retailers, producers and farmers that Brexit will result in a significant disruption to the UK's food supply, including unharvested produce and empty supermarket shelves."

British consumers have also begun exhibiting "recessionary behaviours" amid the UK's withdrawal from the European Union, the research asserted, which was evidenced by buying patterns observed during and after the 2008 financial crisis.

Behaviours included minimising purchases of health-conscious foods and increased usage of lunch boxes taken to work, in addition to a drop in out-of-home food and drink consumption, the report stated.

Despite difficulties in forecasting the food and beverage industry, Kantar said that the sector faced "medium-term challenges" to sourcing enough staff in London and Northern Ireland.

Such trends would "disproportionately affect grocery retailers with large portions of their estate in London" but would be relieved partially if UK immigration remained "open to EU nationals and even expands to allow easier employment of overseas nationals hailing from beyond the EU," the report said.