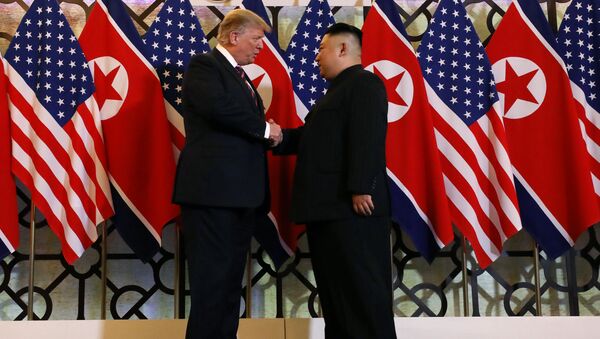 Trump and Kim met for the first time last June. During the summit, Kim expressed commitment to denuclearise the Korean Peninsula while Trump said Washington was ready to give security guarantees to Pyongyang.

The US-North Korea summit in Hanoi has wrapped up as the motorcades of US President Donald Trump and North Korean leader Kim Jong-un left the Metropole hotel, which served as venue for bilateral talks, a Sputnik correspondent reported.

Earlier in the day, White House Press Secretary Sarah Sanders told reporters that the talks between the two leaders would end two hours ahead of schedule, apparently without a signing ceremony of a joint agreement.

The US-North Korea summit in the Vietnamese capital kicked off on Wednesday with a brief meeting and a social dinner between the two leaders, during which they both expressed their determination for the success of the Hanoi summit.