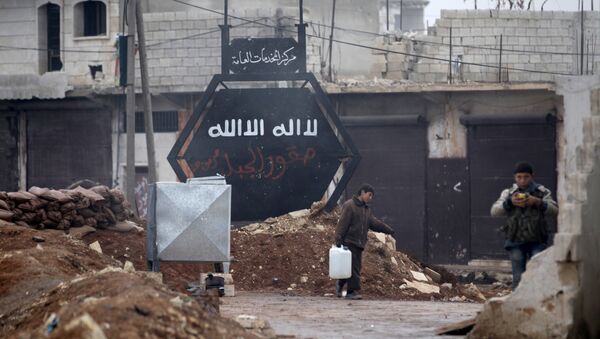 United Nations Special Envoy for Syria Geir Pedersen said Thursday that Daesh had been defeated in Syria, thought the terrorist organisation could be reborn in future.

"Aims connected to peacemaking are enormous in scale and difficulty. ISIL [Daesh] has been defeated in Syria, but experience shows that the organisation can be reinvigorated," Pedersen said.

UN Special Envoy for Syria Geir Pedersen told the UN Security Council on Thursday that he is seeking to convene a credible constitutional committee as soon as possible.

"I will engage all in good faith with five goals in the period ahead. First, to begin and deepen a sustained dialogue with the Syrian government and the opposition on building trust and confidence towards a safe, calm and neutral environment," Pedersen said.

Russia
Lavrov, UN Envoy to Discuss Establishment of Syria's Constitutional Committee
"Second, to see more concrete actions on detainees, abductees and missing persons through engagement with the Astana players and the Syrian parties and all concerned," he continued. "Third, to engage a wide range of Syrians as I proceed and to involve them in the process. Fourth, to convene a credible, balanced and inclusive constitution committee as soon as possible."

As a final goal Pedersen wants to help international parties "deepen their own dialogue towards the common purpose of a credible and sustainable political settlement of the Syrian conflict that can enjoy international legitimacy."

On Negotiations in Damascus

According to the senior official, he will travel to Syria in a few weeks and will visit Washington next week.

"I will be in Washington on Tuesday, and all the capitals in due course including London, Beirut, Amman and Beijing," Pedersen said. "I look forward to returning to Damascus in a few weeks and to seeing the Syrian Negotiations Commissions again after that."

In December 2018, US President Donald Trump announced that Daesh in Syria had been defeated and that the US was withdrawing its troops out of the Middle Eastern country.