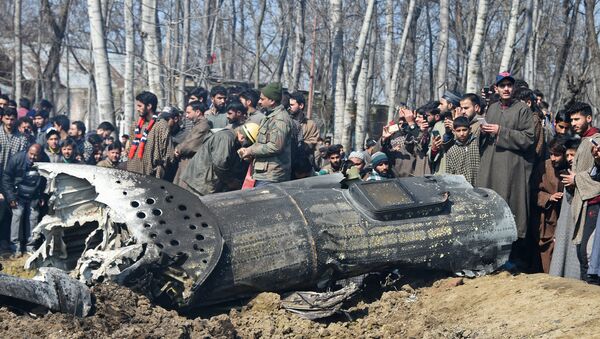 Tensions between the two neighbours are threatening to spiral out of control in the aftermath of the terror attack in Pulwama in Indian-administered Kashmir earlier this month.

New Delhi (Sputnik) — With the last two days seeing frantic military activity on both sides of the border — which India called "pre-emptive and non-military" and Pakistan called a "violation of sovereignty" — culminating in the capture of an Indian pilot by Pakistani forces, social media users from both sides of the border are taking to Twitter to drum up anti-war support through use of the #SayNoToWar hashtag.

Another celebrity, Haroon (@TheRealHaroon), sums up his feelings saying that those who participate in war will never celebrate war.

‘The Logical Pakistani', with the twitter handle @TLPakistani, called for putting an end to madness because the consequences would be beyond anyone's reach.

@kevinraj3 said that if anyone supporting this war should send their children instead.