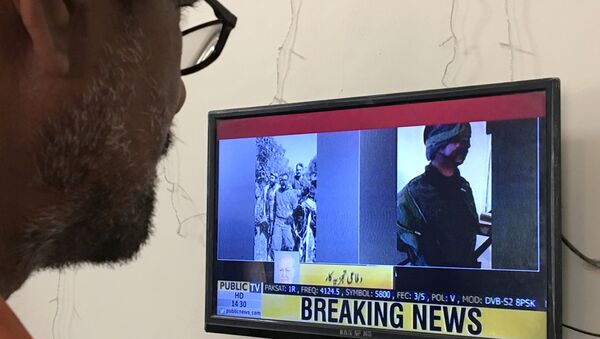 The Indian-Pakistan strained relations have further deteriorated this week after India conducted unauthorised airstrikes from the airspace of neighbourly country to destroy terrorist infrastructure it claims Pakistan is reluctant to destroy.

Pakistan's army has announced that its Air Force had downed two Indian warplanes in the Pakistani airspace, adding that one Indian pilot had been captured.

In its turn, Indian Foreign Ministry's spokesperson has stated that the country's Air Force had lost a combat jet and foiled an attack by Pakistan's military jets over the disputed region of Kashmir.

The escalation follows Indian airstrikes on the camp of the Pakistan-based Jaish-e-Mohammad terrorist group located across the so-called Line of Control (LoC) separating the Indian-and Pakistani-controlled parts of Jammu and Kashmir.

India explained the unauthorised airstrikes from Pakistan's airspace by Islamabad's alleged "inability to act in order to destroy terrorist infrastructure," while the Pakistani Foreign Ministry has slammed the air strike as a violation of its territorial integrity and sovereignty.

India's aerial operation came in the wake of the February 14 terror attack when a car filled with explosives was detonated on the Jammu-Srinagar highway, killing 45 Indian officers. After the attack, India blamed Pakistan for harboring and protecting terrorists, accusing the country of having a "direct hand" in the incident. As a punitive measure, India has withdrawn Pakistan's most-favored nation status and raised custom duties on goods imported from Pakistan to 200 percent.