‘In The Now’ Responds After Beating Facebook Blacklisting (VIDEO) 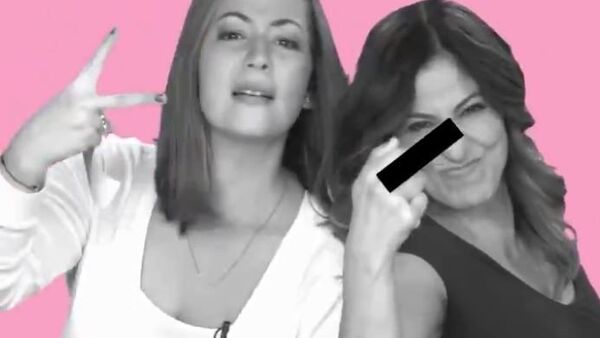 The hosts of “In The Now” went on the counter-offensive in a new video responding to their recent blacklisting from Facebook – a temporary ban that was lifted without explanation.

The social media giant took down three pages operated by Maffick Media, which is partly owned by RT subsidiary Ruptly, last Friday. Those pages were restored as quietly as they were taken down.

In an apparent new twist to the meaning of fake news, CNN's story was not literally false — but it has not been "news" that Moscow partly funded "In The Now" for three years: In 2016, BuzzFeed warned "This Quirky New Viral Video Channel is Funded by the Russian Government."

CNN ran with it anyway and reported the ‘news' as if it was the result of a deep-dive investigation. A quick Google search of "In the Now" shows BuzzFeeds's report as one of the top results. Another report by "EU vs Disinfo" published in May 2017 is headlined: "RT goes undercover as In The Now."

Nevertheless, CNN claimed in its lead that Maffick pages like "In The Now" "do not disclose that they are backed by the Russian government."

"In The Now" started as a television show on RT before "Anissa Naouai wanted to explore a less formal, digital format," a spokesperson for RT told BuzzFeed in 2016.