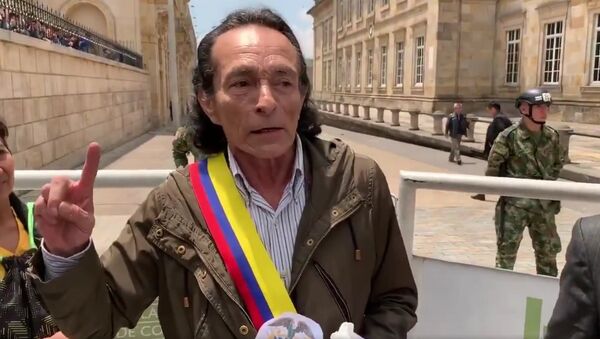 The video quickly went viral on Twitter. In his parody, he swore himself in as Colombia's interim president in a public square. Alejandro Munoz is a Colombian social researcher, artist and writer; he performed the Guaido parody to protest the Lima Group meeting in Bogota.

"Yes to peace, no to war, no more drug trafficking, no more neo-liberalism," Mumoz said.

Interim President Muñoz calls for another urgent humanitarian aid shipment to the US and definitive declaration of peace so their sons aren’t victims of wars and then go shoot up supermarkets and schools pic.twitter.com/ytaM27Unln