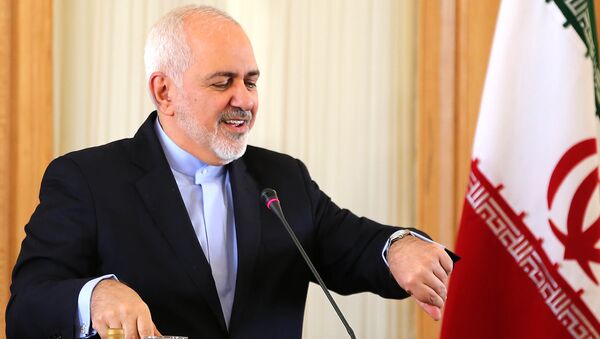 Earlier, Iranian lawmakers penned an appeal to President Hassan Rouhani urging him not to accept Foreign Minister Javad Zarif's resignation. Zarif made the surprise announcement about plans to step down on Monday, with the news catching foreign ministry personnel off guard.

Foreign Minister Zarif's resignation has not yet been approved by President Rouhani, a foreign ministry spokesman has said.

"As was announced today by the presidential administration, this resignation has not yet been accepted," spokesman Bahram Ghasemi wrote in his Telegram page on Tuesday.

Attempting to quell rumours about the possible reasons for Zarif's resignation request, Ghasemi urged people not to believe the various analyses and interpretations on the subject. "All interpretations and analysis around the reasons behind the resignation of Foreign Minister Mohammad Javad Zarif, beyond what he posted on his Instagram account, are not accurate…" he said, according to Fars News.

Earlier, a UNHRC spokesman confirmed to Sputnik that Zarif had cancelled his planned Tuesday speech at the UN Human Rights Council. On Monday, an aide to the foreign minister said foreign ministry personnel had been unaware of his plans to resign.

Zarif's Diplomacy Irritated Bolton, Pompeo, Netanyahu - Iranian Analyst
Zarif, one of the architects of the Iran nuclear deal, the landmark 2015 international treaty committing Tehran not to develop nuclear weapons in exchange for sanctions relief, announced his plans to quit on Monday after over six years of service, thanking officials and ordinary Iranians for their "generosity" and apologizing for his "inability to continue" his service.

The foreign minister elaborated on his decision in an interview for the Jomhuori Eslami newspaper on Tuesday, reportedly saying that "a deadly poison for foreign policy is that it becomes the subject of factionalism and parties quarrel. There should be trust toward servants of foreign policy on the national level. Without trust in them, everything will go with the wind."

Zarif regularly engaged in diplomatic sparring with President Trump, Pompeo and Netanyahu amid long-standing tensions between the countries. The foreign minister was a major critic of Trump's decision to unilaterally withdraw the United States from the Iran nuclear deal, and has previously accused Mossad and Netanyahu personally of working to "kill" the deal.