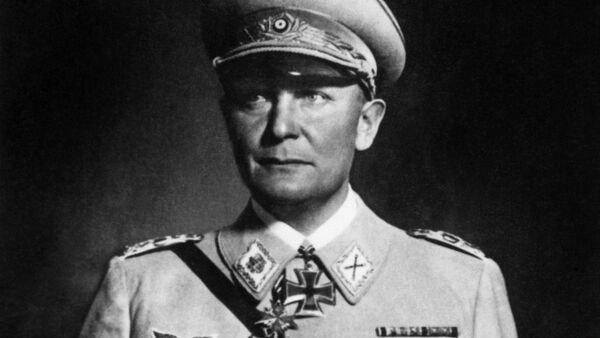 Although the leader of the German minority has since unshared the Facebook post in which top Nazi official Hermann Göring was quoted, the Danish People's Party is still demanding his resignation.

The Danish People's Party (DF) has argued that Hinrich Jürgensen, the chairman of the German minority, should resign after sharing a Facebook post in which the right-wing party was compared to the Nazis.

Earlier, Jürgensen shared a post from the "No thanks to Nazism" Facebook group, asking rhetorically whether the DF remembered to thank Hermann Göring, one of the most powerful Nazi German leaders.

"We know exactly how the DF wants to run its election campaign: it's all about foreigners who are to blame for everything. And if you don't agree, then you must hate Denmark," the caption read, drawing comparisons with Nazi Germany.

The now-unshared post also included a Göring quote from the 1946 Nürnberg tribunal: "The only thing you have to do is to tell the population they are under attack and mock the pacifists for not being patriotic enough and endangering the country. This works well enough in all countries".

"Hinrich Jürgensen has deleted the post and regrets having shared it. Moreover, he has said that it is inappropriate to compare the DF to the Nazis. Thus, we consider the case as complete," Harro Hallmann, the head of communications for the German minority, told the Jydske Vestkysten newspaper.

Still, this apology was not enough for the Danish People's Party.

"Hinrich Jürgensen should resign as chairman. I find his post indescribably disgusting, and it must not just be allowed to be forgotten. I know he has expressed regret and apologies, but I don't care about them. The spirit has escaped from the bottle, and the air has been plagued," Ejler Schütt, the chairman of the Danish People's Party in the Aabenraa Municipality, told Jydske Vestkysten.

"The president of the minority is not a Mr Nobody," DF legal spokesman Peter Kofod told the Berlingske newspaper. Although he himself didn't demand Jürgensen's resignation, he stressed that it was totally understandable of his colleagues in Aabenraa to do so.

The German-speaking minority in southern Jutland, colloquially known as "home Germans", originated in 1920, when Denmark returned North Schleswig, historically part of Demnark, following a referendum. As of today, the minority numbers some 15,000 members. The "home Germans" have a newspaper, Der Nordschleswiger, and an umbrella organisation called Bund Deutscher Nordschleswiger (BDN).

The right-wing Danish People's Party is currently Denmark's second-largest party and part of the centre-right coalition government headed by liberal-conservative Venstre. Their stance is based on staunchly anti-immigration rhetoric and the protection of Denmark's cultural heritage. Incidentally, it is particularly strong is southern Jutland, having picked up over 30 per cent of the vote in the past election.