One UK Pub Closing Down Permanently Every 12 Hours in 2018, Report Shows 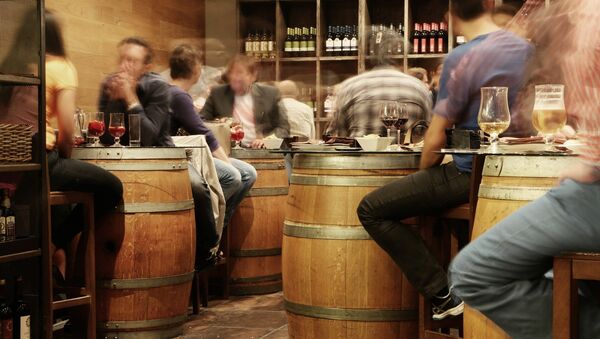 UK pubs are closing down at an alarming rate of one every 12 hours, figures from the Campaign for Real Ale revealed.

378 pubs had shut down across England, Wales, and Scotland between July and December 2018, or roughly 14 shutdowns a week, a CAMRA press release published on Monday said.

Brewxit: Fuller's Sells Iconic Beer Franchise to Japan's Asahi, Focuses on Pubs
CAMRA national chairman Jackie Parker told Sputnik via a press statement that pubs were "a very important part of our national culture and are valuable community assets which help to combat loneliness and social isolation," and that it was "great we have seen a drop in the number of pubs closing and shows that our campaign to get planning protection for pubs was worth it".

Ms. Parker added: "Protecting pubs in the English planning system was a necessity and a welcome move from the Government. However, it's taken nearly two years for the trickle-down effects of the planning changes to show. Our politicians should back the asks of the Save Our Pubs Campaign in full, and show they are squarely behind pubs."

Ms. Parker added that Brexit would give the government the freedom to reduce Beer Duty in pubs, "levelling the playing field between the price of beer sold in social, community settings and cheap supermarket alcohol consumed at home."

Viral
Brew-lliant! Evidence Found of Iron Age Brits Enjoying Beer
"We believe this is one of three key measures the Government needs to take urgently to halt the tide of pub closures. We want a full reviews both of the business rates system to fix the unfair amount pubs pay, and the currently ineffective legislation designed to enable pub tenants to get a fair deal from their big-business property owners — both moves the Government has promised but is yet to carry out."

Local planning protection for pubs have helped to stave off pub closures, CAMRA stated, with pub closures falling from 18 closures a week in 2018. Regions most deeply affected by closures were Yorkshire and the Humber, as well as the Southeast, which suffered one shutdown per 100 pubs last year. The news comes after UK mainstay London Pride was sold to Japanese beermaker Asahi for £250m in a bid to save the Chiswick-based Griffen Brewery, the company's base of operations since 1654.