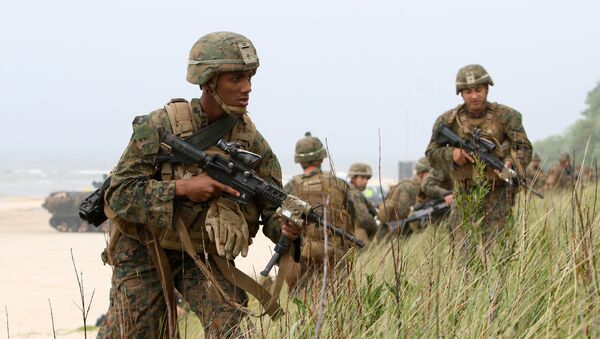 The alliance decided to test how well prepared its soldiers are for the evolving methods of espionage in the world of modern technology and social media by using fake accounts and social engineering.

A team at NATO's StratCom Centre of Excellence in Latvia has conducted an experiment on troops, attempting to lure out valuable info about them, their regiment, combat assignments etc. using social media.

As a result and having only spent $60, the team managed to determine the deployment locations of several battalions, information about troop movements, and the dates of the exercises' active phases. They persuaded some soldiers to abandon their posts and even collected data that could be used to blackmail some of them.

It's unclear in which NATO member state the targeted servicemen in the experiment were, but the results caused a stir among military experts in the UK, The Telegraph noted. To carry out the experiment, the StratCom team created several fake accounts and groups on social media and employed methods of social engineering.

The most useful social media platform for obtaining sensitive information was Instagram, which is popular among NATO soldiers. The second most useful was Facebook, which allowed the team to easily determine groups of soldiers via the "suggested friends" function.

The decision to carry out such an experiment was made in wake of the Cambridge Analytica scandal and the testimony of Facebook founder Mark Zuckerberg in the US Congress, which revealed how easy it is to obtain personal information about social media users.