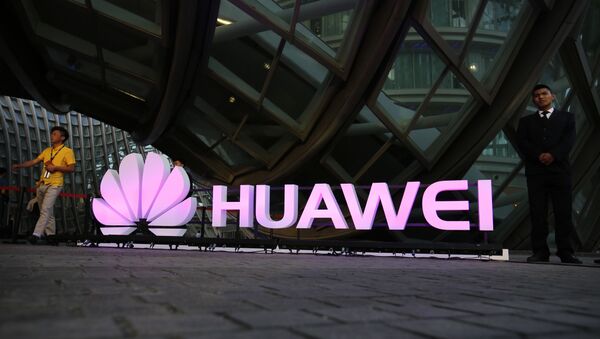 Huawei has been accused by the US of being linked to the Chinese government and spying on its behalf, something that the company has vehemently denied.

Deputy Chairman of the Board and Rotating Chairman of Huawei Guo Ping has stated that the company can continue to succeed without the United States, as the country doesn't represent the whole world.

Guo Ping commented on the executive order banning Huawei from the US, saying that it "is not necessary and should not be released", as it would hurt Huawei's small number of US customers, as quoted by Reuters.

World
Huawei Tech Giant Plans to Invest $2Bln to Enhance Network Security – Executive
The statement comes after the US Department of Justice accused the company on 29 January of plotting to steal trade secrets and sanctions violations, with a total of 23 charges levelled against Huawei, its subsidiaries and Chief Financial Officer Meng Wanzhou. The company has denied all charges.

On 1 December 2018, Huawei Chief Financial Officer Meng Wanzhou was arrested in the Canadian city of Vancouver, reportedly for failing to comply with the US sanctions against Iran. Her arrest was criticised by Beijing, which has urged Canadian authorities to release the Chinese national.

The US crackdown on the tech giant began last year, when Washington called on wireless and Internet providers in a number of allied countries to abandon the use of Huawei equipment.