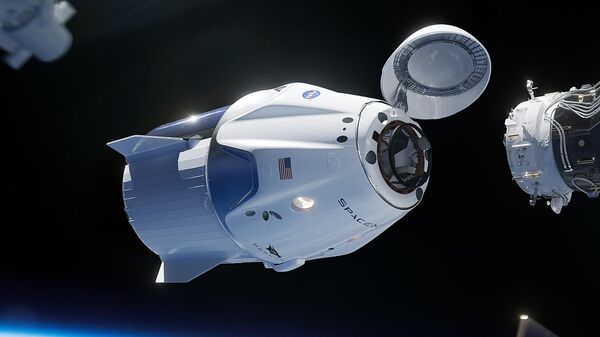 MOSCOW (Sputnik) – The US National Aeronautics and Space Administration (NASA) will work with its Russian partners on their concerns in relation to the planned first unmanned test flight of the US Crew Dragon capsule to the International Space Station (ISS), Kirk Shireman, the NASA manager for ISS Program said.

Officials from NASA and US private aerospace contractor SpaceX, which designed Crew Dragon, announced on Friday that the flight was scheduled for March 2.

NASA Invited Russia to Develop Radiation Alert System - Researcher
"Russian colleagues … had some concerns. We’re going to continue to work with them on those concerns. But, you understand, the basis is that, first of all, they have a cosmonaut on board, Oleg Kononenko, and they have, of course, significant investment in that. So we’ll keep working and I’m sure we’ll be successful in getting their concurrence," Shireman said at a press briefing with NASA and SpaceX officials, dedicated to the upcoming Crew Dragon launch, on Friday.

During the same press briefing, William Gerstenmaier, the NASA associate administrator, explained that Russia’s concerns were related to the US agency’s lack of a backup computer system to prevent Crew Dragon from colliding with the ISS if the vehicle goes dead.

"We’ll follow up with them this week and I don’t think it’s going to be a problem once we go through the details of why it’s safe and we can explain to them, why we’re moving forward … I see this as a really healthy process," Gerstenmaier pointed out.

Crew Dragon, also known as Dragon 2, is a reusable spacecraft designed as a successor to the Dragon space freighter.

Its launch atop the Falcon 9 rocket for the unmanned test mission is scheduled for 2:48 am EST (07:48 GMT) on March 2. The spacecraft is expected to reach the ISS on March 3.