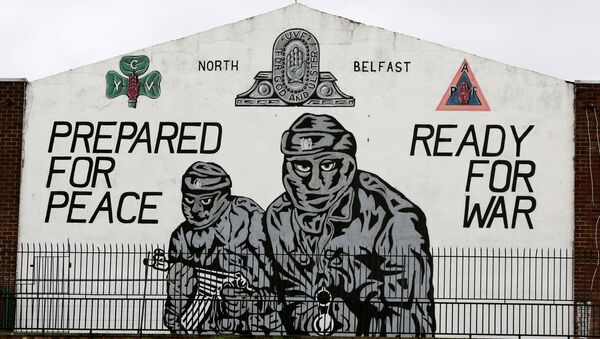 A new documentary, based on an interview with a self-confessed member of the Glennane Gang, gives some insights into allegations that British military intelligence was behind a shocking murder plot to cause the situation in Northern Ireland to “spiral out of control”.

In a documentary, Unquiet Graves: The Story of the Glennane Gang, John Weir, a former officer from the Royal Ulster Constabulary (RUC), alleges that British intelligence tried to persuade paramilitary group Ulster Volunteer Force (UVF) to attack a Catholic primary school at Belleeks in County Armagh.

Weir claimed that the UVF was urged to kill children and teachers in retaliation for the 1976 Kingsmill massacre, in which gunmen stopped a minibus carrying twelve workmen and shot them; only one person survived despite having been shot 18 times.

“The plan that was decided on was to shoot up a school in Belleeks”, he said, adding that the British intelligence plot was to make the situation in Northern Ireland “spiral out of control”.

The film, directed by Sean Murray and narrated by Oscar-nominated actor Stephen Rea, tells the story of the Glenanne Gang, a secret informal alliance of Ulster loyalists who conducted bombing attacks against Irish nationalists and Catholics in the 1970s frequently working in collusion with RUC officers and Ulster Defence Regiment soldiers.

All set up and ready to go for Premiere screening of @glenannefilm this evening in Belfast pic.twitter.com/yFc1TZBVCD

Murray said that conversations with Weir, a self-confessed member of the Glennane Gang, suggest that the intelligence plan was to foment a “civil war”:

“From their vision such a war would be quite short; they thought they could have a quick, short and sharp process of cleansing out the IRA”.

At the #Belfast premiere of #UnquietGraves — The Story Of The #Glenanne Gang. Filmmaker @sean_murray1 @glenannefilm says young loyalists and unionists need to embrace the arts, get their stories out and not criticise victims getting their story out. pic.twitter.com/lxLMcmtH3r

The UVF refused to carry out the attack, Weir said.

“A lot of this local people will be well aware of but internationally I think it is going to be dumbfound audiences. Collusion has left a dark and terrible stain on the North of Ireland, the pain that’s been caused to thousands of people here is incredible. If there is ever going to be a healing process on this island, if we’re ever going to move forward in reconciliation, people need to be able to tell their stories, but more importantly we need truth from the state about their role in the conflict”, Murray said.

Unquiet Graves will be shown in independent cinemas in Ireland and will be broadcast by RTÉ in May; it will also be shown in the United States, Canada, Europe, and Australia. The documentary will also be available on iTunes, Google Play and Amazon Prime, Murray said.