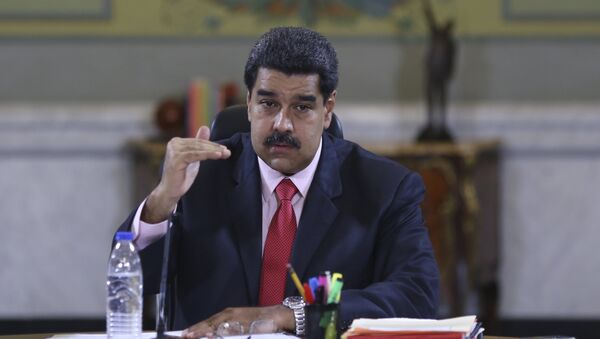 "According to the findings of a survey that we have, if the elections were held right now, the government forces would win these elections," Gil said at a meeting with Russian Federation Council Foreign Affairs Committee chairman Konstantin Kosachev.

Speaker of Venezuela's parliament Juan Guaido proclaimed himself the country's interim president on January 23, disputing Maduro's re-election. Maduro has in the meantime called him a US puppet and accused Washington of organising a coup in Venezuela.

Maduro Thanks Russia for Medicine Supplies to Venezuela
The United States, Canada and a number of regional countries have recognized Guaido's leadership, while Russia, China, Mexico and Turkey have stressed that Maduro is the legitimate president and called for dialogue.

Following the move by Guaido, a number of European countries, namely the United Kingdom, Germany, France and Spain issued an ultimatum to Maduro, saying that he had eight days to organise elections or they would recognise the opposition leader as the country's interim president.

After Maduro refused to accept the ultimatum, more than a dozen of European countries decided to recognise Guaido as Venezuela's interim head.