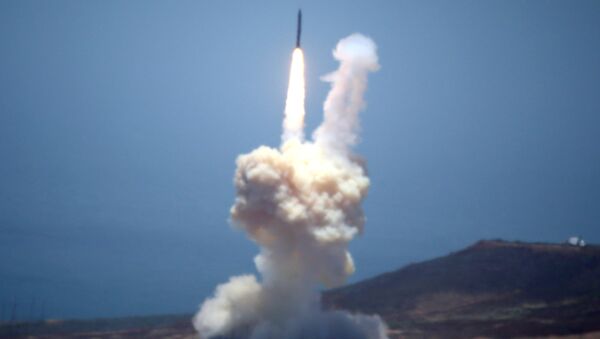 © REUTERS / Lucy Nicholson
Subscribe
In January 2018, Hawaiians spent arguably the worst 38 minutes of their lives as they woke up to emergency alerts on their cells urging them to seek immediate shelter due to a ballistic missile threat, which eventually turned out to be a false alarm.

The Centres for Disease Control and Prevention has released a report detailing how a false alert message warning of an imminent ballistic missile threat sent waves of panic throughout Hawaii last January.

READ MORE: 'What Does This Button Do?': Twitter Trolls Hawaii Over Nuke Alarm Panic (VIDEO)

The study analysed thousands of tweets to determine that Hawaiians were indeed terrified upon receiving the horrifying message, which said that a ballistic missile was on its way to the islands and advised people to seek shelter.

It took 38 minutes for the communications catastrophe to be revealed, but people were already bombarding Twitter with “last-minute” messages.

According to the CDC, before the false alarm was retracted, people were mostly looking for information about what to do in the event of a missile attack, and tried to verify the alert by tagging various government agencies.

Just got an iPhone alert of inbound balistic missile in Hawaii. Said Not a Drill. @PacificCommand @DefenseIntel @WHNSC

After the retraction, public sentiment quickly changed, with many being angry at the government for the system failure, and the fact that no one seemed to know how to respond to such a threat.

Can you imagine waking up to an alert that says. “Take shelter there is a missile on the way” like Bruh. What shelter is there for a missile? That Shit might as well say. “Aye Bruh. Missile on the way. Good luck”

The CDC’s study included several highlights, although it deleted expletives from the tweets:

“How do you ‘accidentally’ send out a whole [expletive deleted] emergency alert that says there’s a missile coming to Hawaii and to take cover. AND TAKE THIRTY MINUTES TO CORRECT?!?”

Judging by another cited tweet, many didn’t know what to do when they were advised to take shelter: “my friend & i were running around the hotel room freaking out because HOW DO WE TAKE SHELTER FROM A [expletive deleted] MISSILE?!”

While the employee, who triggered the bogus warning, was eventually fired, senators came up with a bipartisan bill, entitled Authenticating Local Emergencies and Real Threats, to revoke the responsibility for sending emergency missile alerts away from states.