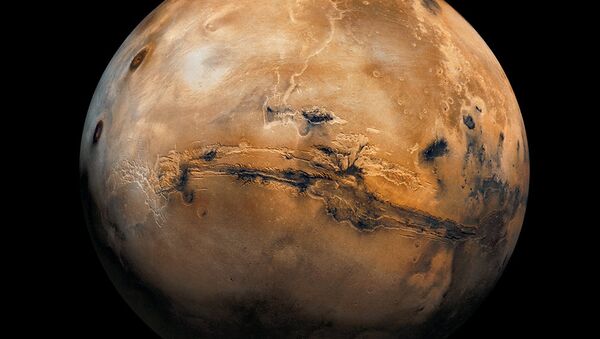 Mars Express, a veteran atmospheric research orbiter developed and launched by the European Space Agency with Russian assistance in 2003 to get a better understanding of the Martian atmosphere and climate, has sent back amazing new photos confirming that Mars once had water. A lot of it.

The ESA has published images showing an entire network of branching, dried out trenches and valleys, which it believes amounts to "clear signs of past water activity tracing across the Martian surface."

New images from Mars Express! They show a beautiful example of a dried out river valley network, a sign that #water was once flowing on the surface of #Mars.
Read more: https://t.co/7VmpIlaKEM pic.twitter.com/ma7jqCtpyM

According to the ESA, the overall topography of the region seems to indicate that water flowed downhill from the north, carving out valleys up to two kilometres wide and 200 meters deep.

The space agency noted that while it remains "unclear where all of this water came from originally – precipitation, groundwater, [or] melting glaciers," what was obvious is that it required conditions of a far warmer and wetter Martian past, along with a denser atmosphere which could lock in the warmth and facilitate support for liquid water.

The probe was launched from the Baikonur Cosmodrome and sent into orbit aboard a Soyuz-FG rocket before making its journey to the Red Planet with the help of a Fregat upper stage. Over its lifetime, the probe made a number of important discovery in its thousands of orbits, providing unprecedentedly detailed mapping of the Martian surface, discovering water ice at the planet's south pole, trace elements of methane (believed to be a possible source of organic life), and conducting research on the Martian moon of Phobos. In 2012, scientists calculated that the probe still has enough fuel for an additional 14 years of research. Last December, Mars Express relayed amazing images of the 80 kilometre wide Korolev Crater, estimated to be filled with 2,200 cubic kilometres of water ice on the Martian surface. 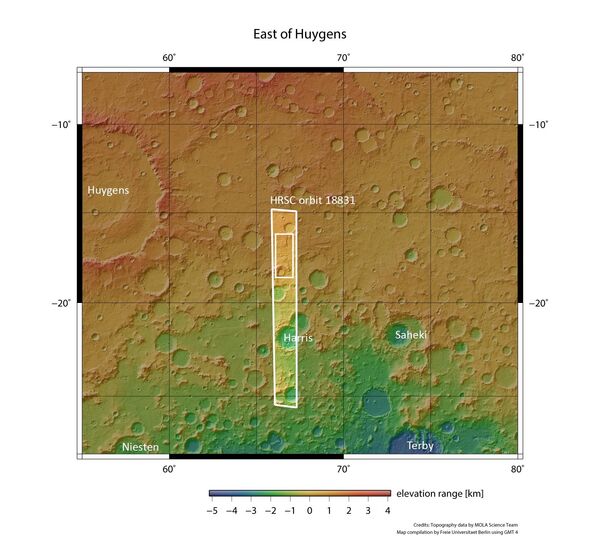 On Thursday, Dr. Igor Mitrofanov, a senior fellow at the Russian Academy of Sciences' Space Research Institute, commented on another mission, the Russian-European ExoMars-TGO probe, which has compiled its own detailed maps of the distribution and clustering of water resources along the Martian surface following its launch in 2016.

"We have shown that Mars has several large regions, about a third of which consist of water ice. Two of them are located at almost opposite points of the planet in the northern and southern hemispheres. Another, located at the planet's equator, has been dubbed the 'great water area'," Mitrofanov said, speaking at a Russian Academy of Sciences' Council on Space meeting in Moscow on Thursday.

The ExoMars-TGO probe is a joint project of Roscosmos and the ESA, and is fitted with a series of advanced instruments to provide scientists with a better understanding of trace gases present in the Martian atmosphere. The spacecraft took its first photos of the Martian surface on 15 April 2018.