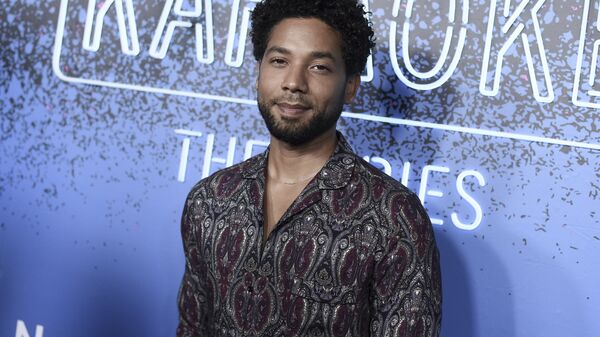 Authorities in Chicago approved felony criminal charges against "Empire" actor Jussie Smollett, hours after he was "officially classified as a suspect in a criminal investigation" for "filing a false police report."

"Detectives will make contact with his legal team to negotiate a reasonable surrender for his arrest," he continued. Smollett’s attorneys were made aware of the charges.

Felony criminal charges have been approved by @CookCountySAO against Jussie Smollett for Disorderly Conduct / Filing a False Police Report. Detectives will make contact with his legal team to negotiate a reasonable surrender for his arrest. pic.twitter.com/LvBSYE2kVj

“Like any other citizen, Mr. Smollett enjoys the presumption of innocence, particularly when there has been an investigation like this one where information, both true and false, has been repeatedly leaked," the statement said. "Given these circumstances, we intend to conduct a thorough investigation and to mount an aggressive defence."

Smollett, who is openly gay, reported that on 29 January, he was attacked by two masked men on his way home from a Subway restaurant. He claimed that the men shouted racial and anti-gay slurs at him, poured a substance on him, threw a rope around his neck and shouted, "This is MAGA country!"

However, after investigators went through surveillance video from the area where Smollett claimed he was attacked, they were unable to locate footage of the beating. They did find and release images of two people they said they wanted to question.

The individuals were questioned on Friday. The two men — whom police identified only as Nigerian brothers — were picked up at Chicago's O'Hare International Airport last Wednesday, according to Fox News, and taken into custody after returning from Nigeria after police learned that at least one of the men worked on "Empire," Guglielmi said. Guglielmi did not know what the man's job was on the television drama, according to Fox News.

On Friday evening, Guglielmi tweeted that "due to new evidence" obtained through questioning, the individuals "were released without charging." Later the police said Smollett was no longer considered a victim in their investigation.

"CPD has confirmed that a tip this morning about a sighting at the residential towers of individuals involved in this alleged incident is unfounded as it was not supported by video evidence obtained by detectives," Guglielmi tweeted.

Smollett said earlier this month that he was angry and "pissed off" about "attacks" he's received from people that didn't believe or didn't care about his allegations.