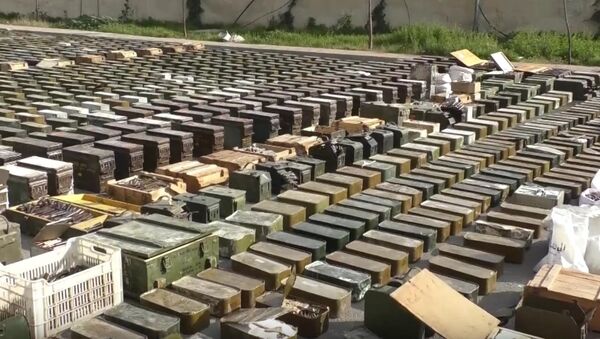 Militant groups fighting the Syrian government left many weapons caches behind as they were retreating from the Syrian army; these are now being discovered in sweeping operations being conducted by the authorities.

The Syrian army has discovered US and Israeli-made weapons left behind by terrorists in the region around Damascus, the Syrian Arab News Agency (SANA) reported.

Earlier in December, Syrian Security Forces discovered another big warehouse loaded with weapons left behind by terrorist groups in Daraa province in the south of the country. It contained numerous rifles, mortars, US-made Tao anti-tank missiles and recon drones.