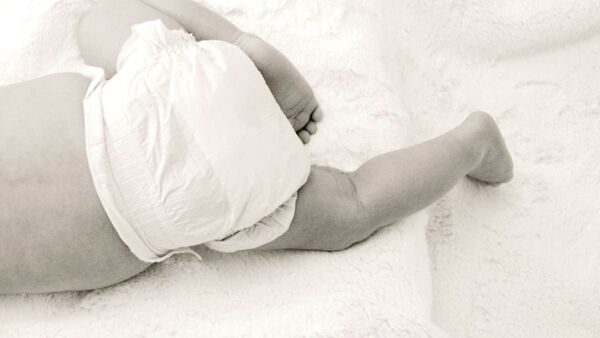 © Flickr / Jennifer Chong
Subscribe
On 30 August 2017 Sterling Koehn, who was four months old, was found infested with maggots in his baby swing inside his parents' apartment in Iowa.

Cheyanne Harris, 21, was sentenced to life in prison without the possibility of parole on Tuesday, 19 February, for neglecting her son, Sterling, to such an extent that he died.

She was convicted of first-degree murder and child endangerment leading to death.

An autopsy revealed Sterling died of malnutrition, dehydration and an E. coli infection caused by sitting in his own faeces in unchanged diapers for two weeks.

First responders who arrived at the modest apartment found his little body infested with maggots.

The boy's father, Zachary Koehn, was found guilty of the same charges in November and was also sentenced to life in prison.

Both parents had a history of drug abuse, although Harris claimed she had not taken methamphetamine for several weeks before her son's death.

The trial heard that Harris posted on Facebook and Instagram about fashion, went to the supermarket, watched TV, fed herself and her eldest child — a girl — but left her son to "rot."

At the start of the trial Harris's defence attorney had claimed her client was not truly to blame for her son's death.

"You're not going to hear any evidence that she's evil; that's because she's not evil," Watt added.

But Koehn's trial had heard that the couple regularly smoked methamphetamine.

Koehn's former friend, Jordan Clark, said they bought $20 to $40 worth of meth from him on a weekly basis.

Tina Shatek, one of the first responders, said she could not believe how calm Harris was after the child's death.

"There were no tears, there was no emotion. She should have been crying and screaming and upset," Shatek told the court.

Methamphetamine use across the United States has rocketed in recent years, as has use of opiates like fentanyl.