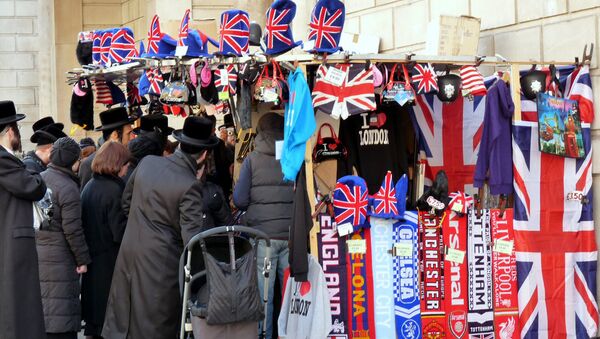 Neil Clark
All materials
If you repeat a lie enough times, people will think it’s true, the old saying goes. In 2003 the neocons repeated ad nauseam the claim that Iraq possessed WMDs. It wasn’t true, but was said with so much confidence that people felt scared of expressing scepticism.

If you did, and had a voice in the media, the chances were you’d be branded a ‘Saddam apologist’- or worse, by Establishment gatekeepers.

It was gas-lighting on a massive scale as basic common sense told us that Iraq did not possess WMDs. Because if it did, then Bush and Blair would not be so keen to invade- and do the one thing that would provoke Saddam into using his deadly armoury.

The 2019 equivalent of ‘Iraqi WMDs’ is the claim that the British Labour Party, under the leadership of Jeremy Corbyn, is ‘awash with anti-Semitism‘. And guess what? It‘s being pushed by much the same pro-war crowd.

As was the case in 2003, assertions, not backed up by evidence, are boldly presented and repeated ad nauseum, as facts. As in 2003 people are being gas-lighted to accept a false narrative.  We’ve reached the stage that even to question the assertion that anti-Semitism is ‘rife in Labour’ is enough to risk being labelled an ‘anti-semite’. But question it we must if we are concerned with exposing the truth.

The data shows that the Labour Party, which has a membership of over 500,000, cannot be described as a ‘bastion of anti-Semitism’ by any reasoned, objective commentator. The General Secretary of the Party, Jennie Formby, revealed last week that Labour had received 673 accusations of anti-Semitism by members between April 2018 and January 2019 —out of which 220 cases did not have sufficient evidence of a breach of party rules to proceed with an investigation.

In other words just 453 cases- from membership of half a million, warranted an investigation. But of course that’s not the same as saying these are 453 cases of anti-Semitism as everyone is innocent until proven guilty.

Up to now 18 NCC decisions have been made, resulting in 12 expulsions. 25 members have issued with a ‘reminder of conduct’  and seven cases were closed.

Members investigated for AS: 0.1%

Members expelled for AS: 12

Formby also said that over 30% of the complaints the party received were related to non-party members. It’s worth mentioning here the research done by the London-based investigative journalist Asa Winstanley, who revealed in  January that 10 fake Twitter profiles posing as Jeremy Corbyn supporters had been posting virulent anti-Semitism. ‘The accounts share sufficient similarities to indicate that the same person – or group – is running them….whoever it is, they are clearly attempting to smear Labour as an anti-Semitic party’ Winstanley wrote.

Winstanley believes that the pro-Israel lobby is behind the smears and the attempts to brand Labour as anti-semitic, because of leader Jeremy Corbyn’s advocacy of Palestinian rights.

As in the case of the great Iraqi WMDs hoax, just a few minutes reflection is enough to assure us that the lurid claims about the Labour Party cannot be true. If the party is ‘institutionally anti-semitic’- and infested with antisemites, how on earth did it elect a Jew, Ed Miliband, as leader as recently as 2010?  It’s worth noting too that leading party activist Jon Lansman, the founder of the campaigning group Momentum, who came second in the poll to elections last year to Labour’s National Executive Committee, is also Jewish, as is  Momentum’s co-founder James Schneider.

What makes the ‘Labour is anti-Semitic’ canard even more absurd is that a number of Labour Jewish members who support Corbyn have also been accused of ‘anti-Semitism‘, by people who are not themselves Jewish! You really couldn’t make it up, could you?

Israeli Envoy to Poland Summoned Over Katz's Remarks on Poles' Anti-Semitism
It must be admitted that Corbyn hasn’t done himself any favours by going on the back-foot on this manufactured ‘crisis’ and not calling out the current witch-hunt for what it is. Instead he has sought to placate people who will never accept his leadership- not because he is anti-semite, he is in fact a lifelong opponent of all forms of racism who was once arrested for protesting outside the South African Embassy during the apartheid era, but because of his foreign policy positions.

Corbyn’s failure to tackle this smear campaign head on, arguably contributed to this week’s events, when seven Labour MPs jumped ship on Monday and formed a new Independent grouping.

Again, we heard the usual claims that Labour was 'anti-semitic'. This was cited as a major reason as to why these ’decent’ MPs had left.

Interestingly, five of the Not So Magnificient Seven, are listed as supporters of the ‘Labour Friends of Israel’ — a state many would regard as the 2019 equivalent of apartheid South Africa, particularly after the passing of its controversial ‘Nation State’ law in 2018 which declared that only Jews had the right of self-determination in the country.

The seven were followed by an eighth MP when Joan Ryan joined ‘The Independent Group’ late on Tuesday. Ryan, surprise surprise, is the Chair of Labour Friends of Israel and was caught on camera with an Israeli agent discussing £1m for MP trips to Israel.

The attempt by the pro-Israel lobby to conflate ‘anti-Semitism’ with criticism of Israel and support for the Palestinian cause needs to be resisted by all genuine progressives.

Anti-Semitism is wrong; so too though is to make false accusations of it and to throw the ‘AS’ term around like confetti as some are currently doing.

It’s precisely because the consequences of anti-Semitism can- and indeed have been- so serious, that the term should never be cheapened.

I am Jewish.
I am a member of the Labour Party since 1992.
The Labour Party is NOT “institutionally antisemitic”.
I am sickened at such a vile calumny. It is appalling that it has been repeated by the mainstream media. https://t.co/qxmBfRrYBJ

Allow me to provide a personal anecdote. Back in the 1990s I worked in the Jewish community in Hungary. I taught at a Rabbinical seminary, the oldest one in the world and what is now called  the Budapest University of Jewish Studies, and also at the Anna Frank Grammar School. I participated in Jewish religious festivals. I made a lot of good friends and look back at this period of my life with great fondness. One day though was not so enjoyable.

I was sitting in a bar and waiting for a friend when a man tried to goad me. He kept asking if I was Jewish. He came over to me and started to punch me, cursing Jews and those who had defeating the Nazis in World War Two. I was knocked to the ground and badly shaken and was rescued by a group of German F1 fans who had come to watch the following day’s Grand Prix.

I had been attacked for one reason only. My assailant thought I was Jewish.

I very much doubt, if he’s still drawing breath, that the man who assaulted me is a fan of Jeremy Corbyn and the British Labour party. The place to look for racists-real bona fide racists who literally believe some races are superior to others- is not on the egalitarian, internationalist socialist left, but on the ultra-nationalistic far-right. But as some of these tend to be very pro-Israel, they tend to get a free pass, and instead it’s lifelong anti-racists, like Corbyn and genuinely decent Labour party members, who are unfairly slandered.