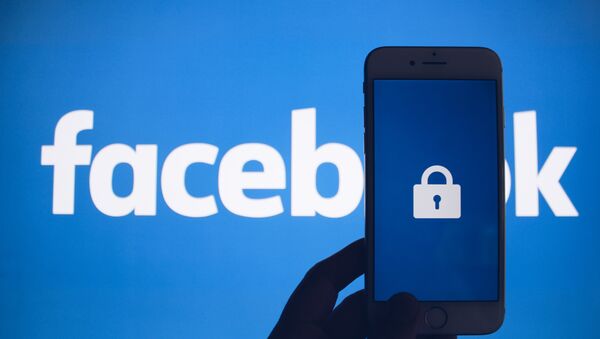 MOSCOW (Sputnik) - Margarita Simonyan, the editor-in-chief of Sputnik and RT, said that Facebook's suspension of accounts operated by Maffick Media over ties to RT was a sign of "open geopolitical confrontation," where media platforms are being used as "tools."

"Obviously, things will be getting only worse. Nobody even tries to believe in any freedom or talk about any freedom. This has already become an open geopolitical confrontation, where media platforms… serve as tools," Simonyan said.

The editor-in-chief of RT pointed out that Facebook had no complaints about the videos on the suspended pages or their content in general.

Russian Foreign Ministry Sent Note to French Embassy Over Macron's RT Claims
According to the RT editor-in-chief, CNN acted as "the right hand… of the State Department, NATO and everything linked to that."

CNN admitted it had been tipped off about Maffick Media's funding by the Alliance for Securing Democracy, an advocacy group that is part of the German Marshall Fund (GMF) policy research centre. The fund considered an "undesirable organization" under the Russian law, receives some of its funding from the US and German governments, NATO and other organizations. According to CNN, the ASD does not receive financing from the GMF and is supported through private funds and grants, rather than by governments.

Facebook said it would ask the three suspended accounts — Soapbox, Back Then and Waste-Ed — to submit information on their affiliations.

"People connecting with Pages shouldn't be misled about who's behind them. Just as we've stepped up our enforcement of coordinated inauthentic behaviour and financially motivated spam over the past year, we'll continue improving so people can get more information about the Pages they follow," a Facebook spokesperson said in a statement, as quoted by RT.

Moscow considers the blocking of Facebook pages related to RT unacceptable, adding that these authoritarian actions violate the principles of freedom of expression. Moreover, Russia is waiting for a response from "OSCE structures" to these actions, the Russian Foreign Ministry said in a statement.

Last week Facebook suspended pages of projects run by Maffick Media, an independent journalistic group that is partly owned by the Ruptly video agency, which is a subsidiary of RT. Facebook did not give Maffick Media any prior warning. According to Maffick's statement, the social network was "pressured" into doing this by CNN, which ran a story on Maffick Media and its perceived ties to the Kremlin.