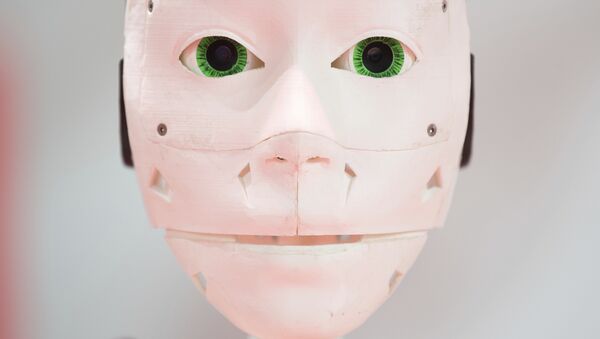 © AP Photo / Julian Stratenschulte
Subscribe
An estimated 2030 Australians on some form of income support in the nation have died after the government branch tasked with guaranteeing their payments sent threatening and often factually incorrect letters warning of cancellation.

Why AI 'Writer' Tech Scares Silicon Valley Developers Who Trained It
At least 2030 recipients of Centrelink's basic human services in Australia died over a two-year period following the initiation of a ‘robo-debt' machine-automation program to address discrepancies in income support payment data.

According to reports, after Canberra placed much of its human services branch into the digital realm, hundreds of thousands of resource recipients — particularly those considered to be psychologically ‘at-risk' — mistakenly received letters between July 2016 and October 2018 demanding new proofs for payment eligibility, resulting in the deaths of over 2030 people, cited by Abc.net.au.

Canberra's Centrelink program supplies income support and many other services including healthcare to pensioners, indigenous Australians, military veterans, students and families with small children, among many other social groups. An estimated 5.1 million people were noted to depend upon one or another of the services, according to the most recent data.

The machine-generated letters threaten discontinuance of payment, a life-event profound enough to see many recipients become at-risk for suicide, according to medical and government observers.

Chinese Robot Stabs Factory Employee in Near-Fatal Malfunction – Reports
"Because of the way the system works at the moment, people don't feel confident or don't feel safe or trust the person that they're reporting to to flag that they feel vulnerable, or flag that they might have poor mental health at the time," Greens Senator Rachel Siewert noted, cited by Abc.net.au.

Siewert pointed to evidence gleaned from a Senate inquiry revealing that debt notices received by at-risk people — particularly those received in error — can result in deep depression and thoughts of suicide.

Centrelink's robo-debt program, designed originally to streamline a massive government aid program, has instead resulted in placing the onus of proof for false cancellation notices on the recipient, even as customer services are increasingly automated, according to reports.

"People talk about feeling stressed and anxious through the system, feeling humiliated and they get depressed," Siewert observed, adding that the use of a machine interface "sets alarm bells for me," due to "the high proportion of people with vulnerabilities."

Be My Valentine: Harmony Sex Doll AI App to be Released on 14 February
"This should be ringing alarm bells for the Government in terms of further investigation," she added.

Canberra's Centrelink program, as a money-saving gesture, began in July 2016 to use an unidentified software platform to match recipient's welfare payments to their tax records.

As the robo-debt program was rolled out, the standard 20,000 letters sent annually became 20,000 letters a week, often overwhelming payees with additional requests for information as well as, in many cases, relying on factually incorrect data.

"Robodebt has unleashed thousands of debt notices in error to parents, people with disabilities, carers, students and people seeking paid work, resulting in people slapped with Centrelink debts they do not owe or debts higher than they owe," declared Australian Council of Social Service (ACOSS) head Dr. Cassandra Goldie, cited by Abc.net.au.

"It has been a devastating abuse of government power that has caused extensive harm, particularly among people who are the most vulnerable in our community," Goldie said.

In many cases, unnecessarily aggressive demands from debt-collection agencies hired by Centrelink have been alleged to be contributing to the suicides of recipients.