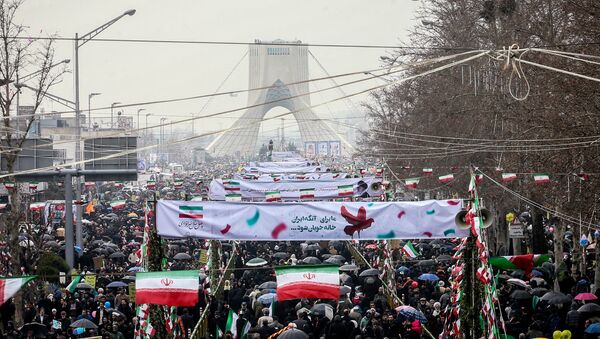 The chief commander of Iran’s Islamic Revolutionary Guards Corps (IRGC), General Mohammad Ali Jafari, has warned neighboring Saudi Arabia and the UAE that they could face retaliation for throwing their support behind terrorists, on the US’ and Israel’s orders. He stressed Saturday that Iran would give a “decisive” response to a Wednesday terrorist attack, which killed 27 IRGC border guards in Iran’s south-eastern provinces of Sistan and Baluchestan.

"The patience that the establishment once exercised against conspiracies and reactionary regimes in the region, especially Saudi Arabia and the UAE which carry out these acts on orders from the US and the Zionist regime, will be different and we will definitely take reparative measures", he was quoted by Iranian media as saying.

“The treacherous government of Saudi and Emirates should know that the patience of the Islamic Republic about your hidden support for criminals and Takfiri groups has come to an end and Iran will not tolerate it anymore”, said Jafari in a speech to the crowd. He reportedly asked President Hassan Rouhani to give the IRGC freedom to retaliate.

Jafari went on to state resolutely that the enemies must take into account that “the comrades of these martyrs and all those who have made covenants with the people to establish security, are even more determined to defend them and deal a yet stronger blow” to their foes.

Further in his comments, the IRGC chief addressed Pakistan’s alleged backing of jihadists who wage terror in his country, calling on Islamabad to tighten its policy towards the al-Qaeda-linked Sunni Jaish ul-Adl terrorist group, which claimed responsibility for Wednesday’s bombing. According to Jafari, the Pakistani government, which “has sheltered these counter-revolutionary elements” that pose a danger to Islam and “knows their hideout, being supported by Pakistani security forces”, should be held responsible for the terrorist attack.

On 13 February, a car loaded with explosives rammed into a bus carrying the IRGC servicemen half-way between the cities of Zahedan and Khash, with the subsequent explosion leaving 27 dead and 13 wounded. On Saturday, dozens of comrades of the fallen circled caskets on the back of trucks as thousands of mourners attended a mass funeral for the soldiers, with many in the crowd chanting “Death to America”, and “Death to Zionism”.