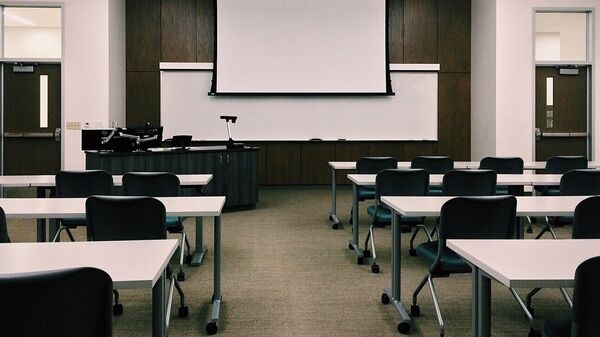 Local media reports indicate that officials first caught wind of the passes February 8 during the lunch period. The passes were modeled after the golden tickets first popularized in Roald Dahl's 1964 children's novel "Charlie and the Chocolate Factory."

In an email to parents, Principal Brandice Heckert condemned the offense, stating that she was "deeply disappointed and appalled that any student in our school would choose to engage in such a racist, hateful act."

"Not only is this behavior hurtful to our community, but it also undermines all the great attributes our students have to offer," the official added.

Bethesda Magazine reported that the passes were handed to roughly 15 students during the lunch period, before one concerned student took the matter to school officials.

Speaking to local news station WJLA, sophomore student Gavin Norman indicated that two of his friends had brought the passes to school as a "joke that maybe went a tiny bit too far at the most."

"One person saw it and got offended," Norman explained, stressing that he never actually "touched" the piece of paper. The sophomore identified the concerned student as a black female.

Three of the primary students involved in the matter were described as a "mixed group" of races, according to the station, which reported that the pupils, in addition to others who handled the passes, were later disciplined.

The school has not publicly announced how said students were disciplined; however, Norman revealed that many of his friends received suspensions that varied from one to six days. Norman landed in detention because he failed to disclose information about the passes to school officials.

Moving forward, Heckert has informed parents that she will be starting a discussion "about how to foster a welcoming and respectful climate for all." The upcoming Parent, Teacher, Student Association meeting scheduled for February 19 will focus on "tolerance, racism and bias."

Two days before the lunch room discovery, two swastikas were found scribbled into a desk at the school. Heckert at the time told students that such behavior would "not be tolerated" and that the culprit would be disciplined in line with the Student Code of Conduct.