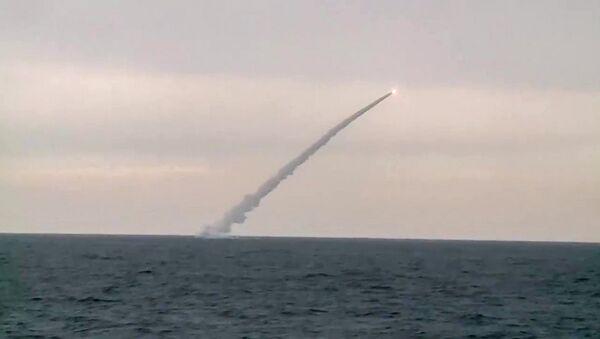 The Coyote rockets are being kitted with solid-fuelled Hercules MK 70m booster rockets; they were originally created to function like Soviet MA-31 missiles for use in US naval target practice.

The Innovations Systems department (formerly Orbital Sciences, Orbital ATK) of the US company Northrop Grumman has reached a deal with the US Naval Air Systems Command (NAVAIR), to study the integration of a deployable chaff system into the GQM-163A Coyote, a supersonic rocket used for advanced target practice, Jane's 360 reported.

The proposed modification will allow the target rocket to better emulate missile threats, like the Novator 3M54 Klub Kalibr (Russian SS-N-27A “Sizzler”), at the point where the rocket separates from its final booster stage.

As a false target, the deployable chaff kit, which is one of the means of electronic attack, can be part the separating head of a missile.

The supersonic GQM-163A Coyote missile is equipped with the Hercules MK 70 solid-fuelled booster and a MARC-R-282 propulsion engine. The weapons have been created based on the Russian-produced target missile MA-31, a conversion of the Kh-31 anti-ship supersonic mid-range missile, developed by the Soviet Union during the 1980s. The Coyotes are used for target practice by the United States Navy.