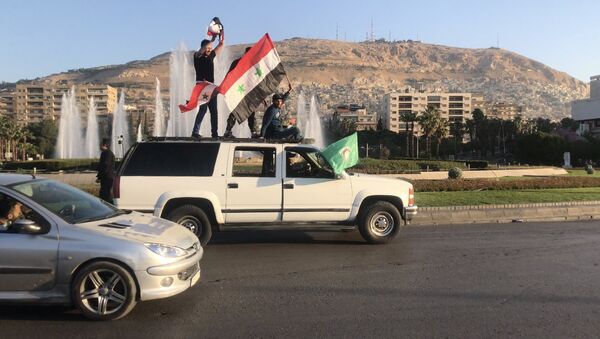 Three Syrians, believed to have served in the country’s intelligence service almost ten years ago, are suspected of “torturing prisoners and committing crimes against humanity”. It is unclear whether Germany is in possession of strong evidence linking the suspects to alleged "Syrian secret police prisons", which existence Damascus has denied.

Two suspected former Syrian intelligence agents have been detained in Germany at the request of the German prosecutor’s office.  According to the prosecutor, the men, aged 42 and 56 years and arrested in Berlin and Rhineland-Palatinate, are suspected of “orchestrating tortures” and crimes against humanity in Syria. Another reported member of the alleged Syrian secret service was arrested in France, according to the Paris public prosecutor's office. All three arrests were made in a joint coordinated operation.

The German authorities claim that the two men who were arrested in Germany belonged to the regional investigative department of the Syrian General Intelligence Directorate in the capital area of Damascus; however, no evidence of this has been revealed to the public.

The 56-year-old suspect, known by the name of Anwar R., was allegedly “involved in tortures and physical abuse” as a senior Syrian intelligence agent between April 2011 and September 2012. He allegedly oversaw a so-called investigation department that also had its own prison. During the interrogations there, prisoners were reportedly “tortured brutally", while Anwar R., who was allegedly in charge of the facility, is suspected of ordering the systematic “torture” its inmates.

The 42-year-old, called Eyad A., is suspected of working for a unit in the department run by Anwar R. The list of charges against him includes being an accomplice in the killing of two people, as well as torturing at least 2,000 others between July 2011 and January 2012, as he worked for the country’s intelligence service.

Both suspects reportedly fled Syria and claimed asylum in Germany, but German media suggest that Anwar R. was not trying hard to conceal his past. Damascus has yet to comment on the charges brought against its nationals. Syria also denies the existence of the so-called "secret police prisons”, claims about which have been made by activists and mainstream media outlets since 2011.

Syria has been in a state of civil war since 2011, with government forces fighting against numerous opposition groups and terrorist organizations, such as Daesh*. Russia, along with Turkey and Iran, is one of the guarantor states of the Syrian ceasefire. Moscow has also been assisting Damascus by providing humanitarian aid to  residents of the war-torn country.

Daesh* previously seized large swaths of land in the Middle East, primarily from Iraq and Syria, and declared a caliphate. The terror group’s activities have also been registered in other countries, such as Afghanistan and Libya. However, Daesh terrorists have been driven from the vast majority of the settlements and territories that they once occupied, including from Raqqa in Syria and Mosul in Iraq.