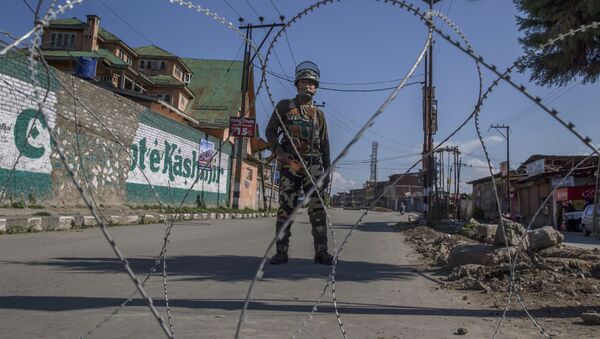 At least 12 servicemen died, another 20 were seriously injured in a blast on a highway in the Pulvam area of Indian-controlled Kashmir, Indian media reported on Thursday.

According to police, a car bomb exploded next to a bus carrying soldiers. Traffic on the highway has been temporarily stopped.

The explosion was followed by gunshots, according to reports.

"We have 12 CRPF fatalities. We are evacuating the injured from the site and don't have their number at the moment", he added.

Two buses in the convoy had been targeted, according to ANI news outlet.

The injured have been taken to a military hospital in Srinagar.

Terrorist organisation Jaish-e-Mohammad has claimed responsibility for the attack, according to Financial Express.

Both India and Pakistan, along with China, have been contesting Kashmir since 1947. The state is currently divided between the three sides, with the so-called line of control serving as a de-facto border between the Indian and the Pakistani-controlled parts of Kashmir.