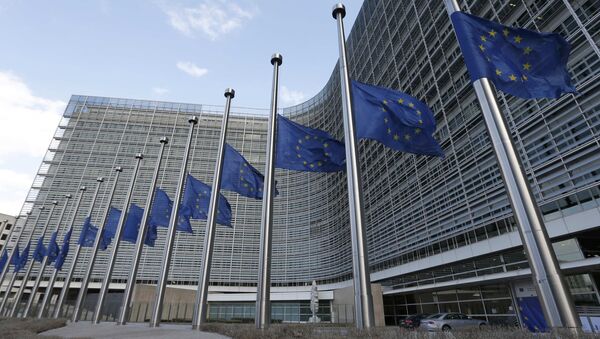 © REUTERS / Vincent Kessler
Subscribe
The programme “paves way for the first joint industrial projects under the EU budget”. The announcement comes shortly after France and Germany signed a bilateral friendship treaty aimed at the creation of a European Army.

The European Commission has announced the first joint defence project in the history of the European Union, according to the press release published on the Commission's website.

This is Europe's first joint-defence-industrial project: up until now, European defence has been dominated by NATO. The news come at a time when the US administration is considering pulling out of the 70-year-old North Atlantic Alliance, for which it bears the biggest monetary burden.

"Defence cooperation promotes a strong and innovative defence industry and increases the EU's autonomy and technological leadership in defence," Jyrki Katainen, the European Commission Vice President for Jobs, Growth, Investment and Competitiveness, is quoted as saying. "Unthinkable only a few years ago, defence cooperation is becoming a reality today."

Earlier, in 2017, the EU earmarked a modest budget of €90 million for military research projects — which was mostly limited to drone and unmanned submarine integration projects. Now, the budget is witnessing a dramatic increase: to €500 million for years 2019-2020. The European Parliament and Council are currently discussing a massive €13 billion Fund that will fuel the joint-military-cooperation within the EU.

The exact list of projects to be funded by the announced €500 million EDIDP budget will be finalised and published within the next few weeks, the announcement says. The document says that the projects to be funded by the Programme "will be consistent with the priorities identified in the context of the Permanent Structured Cooperation (PESCO), the Capability Development Plan (CDP) and NATO".

Brexit Ultimatum: UK Lawmakers Urge Theresa May to Pass EU Deal in 30 Days
The EU announcement comes shortly after German Chancellor Angela Merkel and French President Emmanuel Macron signed a new friendship treaty with the intention of building a Franco-German "common military culture" and "contribute to the creation of a European army."

"Authoritarian powers are emerging everywhere," Macron said during the signing ceremony which took place earlier in January. "Let's build a real European army to protect ourselves and have a real foreign policy."

The move has reportedly sparked "angry reactions" from US President Donald Trump, despite the US President himself publicly berating NATO over the USspending burden and reportedly brought up the idea of pulling out of the bloc multiple times during 2018.