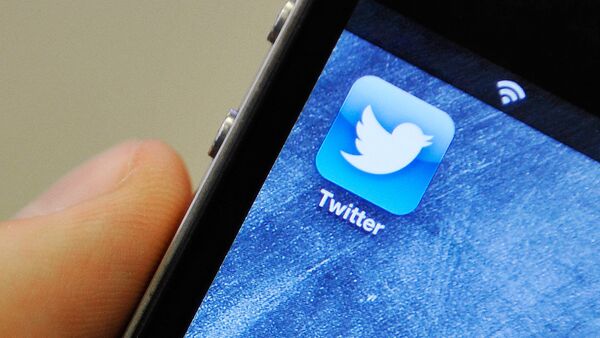 Twitter has released a massive dump of 9.6 million tweets it claims were posted by foreign trolls with the aim of influencing various hot-button Western issues, including the controversial Canadian pipeline projects and Toronto's immigration policy.

The massive archive includes several gigabytes of plain tweet data and hundreds of gigabytes of media data. Canada's CBC conducted an analysis and released their findings in a recent report.

According to the report, it was foreign trolls who boosted the highly controversial and unpopular issues, including the pipeline projects and migration policy. Needless to say, the trolls originate from the Western World's new Axis of Evil, which in addition to traditional members (Russia and Iran, although Twitter did not go as far as to link the accounts to the Iranian government) now includes Venezuela — to keep up with the latest occurrences, apparently.

World
Trump 'Trolls' Macron & Intimidates His 'Strongest Allies', Sources Claim
The accounts the tweets originate from are now conveniently suspended by Twitter. Besides, names of accounts with fewer than 5,000 followers have been "hashed" (concealed with a # symbol) — allegedly to exclude "false positives," according to Twitter.

"The trolls appeared well-versed in Canadian debates about pipelines, quoting and retweeting prominent figures," the report notes. If the allegations are to be believed, that would mean that somewhere in Russia or Venezuela, there are hundreds if not thousands of people on government payrolls capable of speaking English and French on par with Canadian nationals and with deep knowledge of Canadian reality. The idea of what these people could do if they were traditional, James Bond-like spies is terrifying.

According to the CBC analysis, the trolls actively retweeted the likes of Russia Today and Iran-based PressTV, Canadian energy campaigner and a vocal opponent of pipeline projects Mike Hudema and US President Donald Trump. Trump being the agent of the Kremlin grew old a long time ago — the real eye-opener is number one on CBC's most retweeted list.

Prof: Social Media Platforms Should Reach Out to Youth With Some Sources of Help
According to Kate Starbird, an assistant professor in the Department of Human Centered Design & Engineering at the University of Washington, the Twitter trolls "infiltrate" both sides of the debate and "play them against each other."

"Many of [the tweets targeted Canadians] with… tweets that highlighted divisions over Canada's policies on immigration and refugees," CBC writes. Apparently, to qualify as a Russian troll, one must simply engage in a debate on an important national issue.

The idea that engaging in a debate might get you marked as a foreign agent without substantial proof evokes Orwellian thoughts on freedom of expression, backed by language from Canadian officials.

"While social media and digital platforms create forums that allow Canadians to engage in a dialogue about important issues, they also have a record of being manipulated to spread disinformation, create confusion and exploit existing societal tensions," said Amy Butcher, a spokesperson for Minister of Democratic Institutions Karina Gould. "We expect [social media] companies to take concrete actions to combat manipulation."