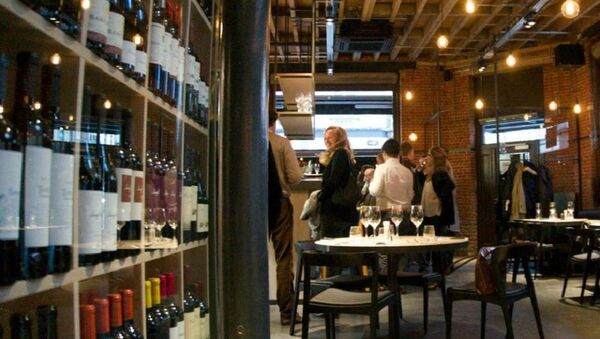 © Photo : Meet Meat Steak & Wine House Uccle/facebook
Subscribe
With EU diplomats and officials warning about hundreds of Russian and Chinese spies roaming the streets of Brussels, Beijing strongly rejected these claims, describing them as an "outright fabrication without any evidence".

Philippe Weiner, owner of the Meet Meat Steak and Wine House in Brussels, has dismissed claims that his establishment serves as a haunt for nefarious foreign spies.

Earlier, EU diplomats and military officials were reportedly alerted that hundreds of Russian and Chinese spies were roaming the streets of the Belgian capital, with a missive from European External Action Service warning diplomats to avoid certain cafes and restaurants located within walking distance of the primary European Commission building.

"I’m the only steakhouse around here, it has to be me. It is nonsense, but, OK, I will talk to you for five minutes. Then I have to call Putin," Weiner told The Guardian.

Swarming with Spooks: Brussels Claimed to be Overrun with Chinese, Russian Spies
As the entrepreneur explained, he has little doubt that many of his customers possess valuable secrets, but, he argued, people who frequent his establishment are smart enough not to divulge the sensitive information.

"These people aren’t stupid. To work in the European Commission you have to be very smart, have diplomas and everything. People aren’t spilling secrets. It is a noisy restaurant anyway, you wouldn’t hear anything on the next table," he said.

Weiner also noted that while his steakhouse has been swept by security officers prior to a VIP visit, they weren’t looking for bugs but “more for explosives”, and that if one were to check under the tables, they might find chewing gum but not microphones.

Earlier this week, the Chinese Embassy in Belgium rejected media reports about hundreds of spies sent by Beijing operating in Brussels, describing these claims as an “outright fabrication without any evidence” which misleads the public.

000000
Popular comments
This is getting silly,back to "reds under beds" era, Thou i personally would rather that than "yanks in tanks". bobbit
13 February 2019, 17:16 GMT1
000000
As if the various European countries don't try to gleam intel from each other in an attempt to sway votes? It is not as if everyone in the EU has the same agenda, opinion and goals....