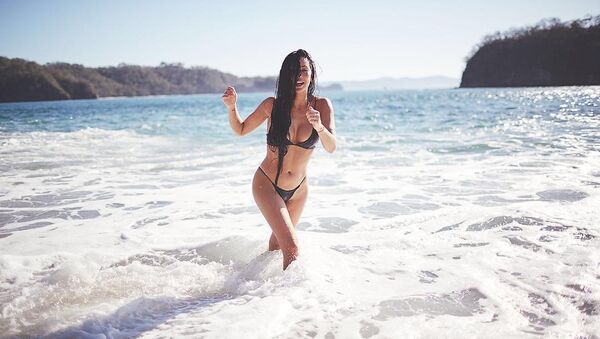 Stephanie Shepherd had drugs as party favors at her Grammy after-party, which she threw in her own house Sunday, according to a Daily Mail report.

Some 300 people were invited to the party, during which marijuana was offered to the guests. The drug has been legal in California since last year, so Shepherd didn't break any state laws. However, she did show off her generosity on social media.

"@Steph_Shep is coming for all of you party planners in 2019. It's February, and things are popping. Beware Mindy Weiss, your days/checks are numbered," one of her captions for the Instagram video reads, referring to Hollywood's favourite event planner, according to the Daily Mail.

an incredibly inspiring night at the #SAGawards! Thank you @lorealmakeup for having me!!

Weiss is known as the go-to event designer for the Kardashians and helped plan Kylie Jenner's first birthday celebration for her daughter Stormi.

Shepherd used to work for the Kardashians herself since 2013, but was fired shortly after being promoted to COO of Kim Kardashian West's KKW company.

According to sources cited by the Daily Mail, Shepherd was getting too popular and ambitious for Kim — something the celebrity contributed to herself by posting photos with Shepherd on social media.

"Steph went from being an assistant to being a celebrity. There was a feeling that being Kim's assistant, Steph should stay more in the background," the source said. "Kim needed an assistant where the relationship is more professional. It's very difficult to work with friends, so Kim decided to hire someone else."