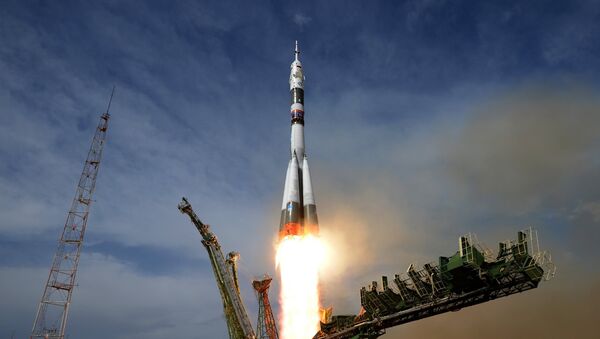 Inclan has not provided any information about the agenda of Gerstenmaier's visit. It is unknown if he plans to hold any official negotiations with the Russian side.

Valdimir Ustimenko, the spokesman of Russian state space agency Roscosmos, told Sputnik on Sunday that Bridenstine had accepted the recently extended invitation of Roscosmos head Dmitry Rogozin and was planning to visit Russia.

US to Extend Use of Russia's Soyuz for ISS Missions Until April 2020 - Source
Previously Roscosmos chief Dmitry Rogozin said that Russian State Space Corporation mulls adopting a new development strategy in order to regain its position as leader in the global space industry.

Soyuz MS-12 is expected to deliver a crew comprising a Russian cosmonaut, a US astronaut and the first ever astronaut from the United Arab Emirates (UAE) to the space station.