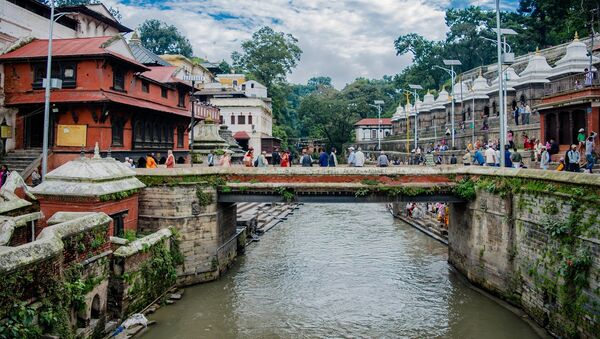 CC0 / /
Subscribe
International
India
Africa
With China offering Nepal increased access to its land and seaports to boost trade, India has jumped in to open an inland waterway that will allow Nepal to trade in the international market via a sea route.

The Indian government has started work on a 300-kilometre-long inland waterway that will provide direct sea access to landlocked Nepal.

Nepal has been seeking sea access from India as well as China to boost its international trade.

98 per cent of Nepal's transit trade primarily goes through the ports of Kolkata and Visakhapatnam in India, but the current arrangement results in delays and bottlenecks.

However, work on the Gandak River connecting Ganga with Triveni Ghat in Nepal is likely to be completed by 2023, giving Nepal much-needed direct access to the sea. The Indian government will also build a shipping terminal on Triveni through which Nepal can trade via the Bay of Bengal.

Last week, during a bilateral trade treaty review meeting, which concluded in Pokhara on Friday, Nepal requested New Delhi access to two other seaports — the Mundra Port on the western coast and the Dhamra Port on the eastern coast. Nepal has been aiming to use these ports as alternatives to Kolkata and Vishakhapatnam.

Sources told Sputnik that India responded positively to these requests.

However, since 2015, after India allegedly blocked the supply of essential items, such as petrol, diesel and food grain to the Himalayan nation amid a political standoff, the latter veered closer to China.

"Even though there are some rumours, let us be clear that we are not going to fall into debt trap. Instead, the BRI is going to be beneficial for us. We are aware of our national priorities and interests. Nobody should be worried about it at all," Prime Minister Khadga Prasad Sharma Oli said in Kathmandu, as cited by Nepalese media.

Last month Nepal's PM vowed to go ahead with the Belt and Road Initiative projects despite the bad press the government received for allegedly falling into a "debt trap."