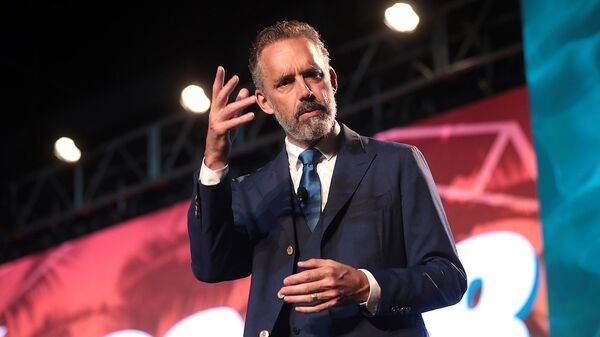 A grassroots movement has pounced on Canadian psychology professor Jordan Peterson, one of the most controversial public thinkers who is openly challenging modern feminist views, ahead of his New Zealand book tour.

"In the lead-up to Jordan Peterson's visit to New Zealand we have a duty to condemn his sexist, queerphobic, racist and deeply reactionary views," said Iris Krzyzosiak of Auckland Peace Action, an activist group that advocates social justice and campaigns against war and oppression.

Jordan Peterson, 56, is coming to the country on 18 February to speak about his new self-help book "12 Rules for Life. An Antidote to Chaos".

Auckland Peace Action warned in a statement on Monday that this book promotes a "reactionary, misogynistic view of the world utterly in opposition to New Zealand values".

"While we as a country have many problems, we can be justly proud of our values of gender equality, egalitarianism and social inclusivity," said Krzyzosiak. "Jordan Peterson is actively trying to undermine these values. This is distinctly unhelpful."

The statement was met with criticism on social media, with some commenters saying that those protesting against Peterson have no idea of the matter.

"I'd love to have some conversations with some people who go and protest things like a person giving a talk. It just seems so silly to me. What is the goal of the protesters? I just don't understand that mentality," wrote a Redditor.

"Saw JP in the flesh tonight. Protesters were outside, protesting, errrr, something. Mostly students. My guess is most of them have no clue of the reality of what they were protesting against," said another one.

Seems like Iris Krzyzosiak is repeating the hollow echo chamber of woke feminists who haven't bother reading anything past spurious claims made by those who want men to act like women.https://t.co/9t4peoQtM1

Peterson, who has been dubbed "the most influential public intellectual in the Western world right now" by the New York Times, rose to international prominence in recent years over his critique of modern feminism and gender-neutral language.

In November, Margot Wallstrom, the foreign minister of Sweden, which has been pursuing a "feminist foreign policy", accused Peterson of misogyny and told him to "crawl back under your rock".

Peterson hit back by saying that the minister had little idea of what she was talking about.  "I would suggest that someone in [Wallstrom's] position with authority and reputation be somewhat more careful about branding and casually insulting people she knows absolutely nothing about," he said.