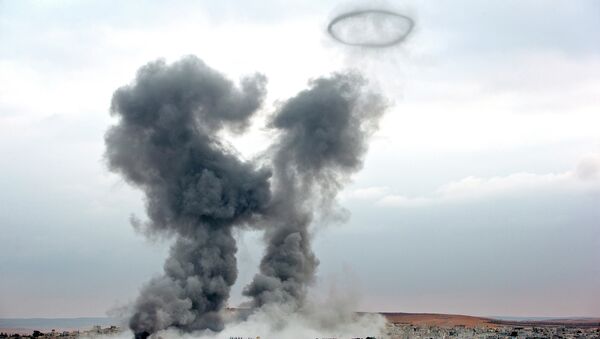 3 Civilians Die as Result of Int'l Coalition Strike in Deir Ez-Zor - Reports
The coalition regularly carries out airstrikes in Deir ez-Zor. In January, Ikhbariya reported that at least 20 civilians were killed and several more wounded in a US-led coalition airstrike on a village in the province.

Turkey Slams US-Led Coalition Members for Supporting Militants in Syria's Idlib
In December, US President Donald Trump announced the pullout of US troops from Syria, but gave no timeline for their withdrawal.