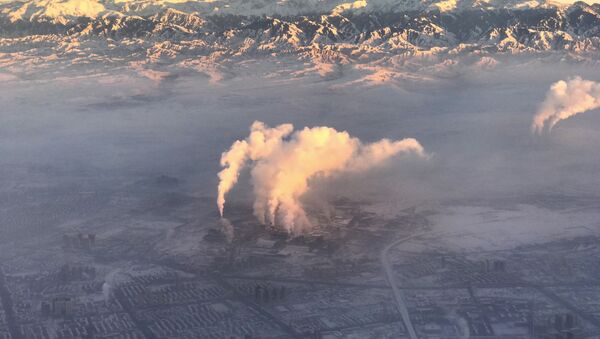 A former US Navy Seal-turned businessman who has seen his global mercenary moves continually turn a profit has gone for broke in China following massive investment from Beijing.

Ankara Urges Beijing to Close 'Re-Education Camps' for Uyghurs
US businessman Erik Prince, described as America's foremost mercenary executive, is drawing increasing scrutiny for signing his guns-for-hire corporation out to a state-run Beijing company investing in building what are thought to be concentration camps in the deep central desert of China.

Associated with a seemingly ever-growing list of mercenary businesses including Blackwater, Xe and Academi, Prince's latest gambit, the Hong Kong-based Frontier Services Group (FSG), has inked a deal to enter into a trillion-dollar set of agreements, according to Bloomberg.

Prince stepped down as the head of FSG in December 2018, allowing Beijing's powerful state-run financial services company CITIC — formerly China International Trust Investment Corporation — to take the reigns of the company, although the US-born war profiteer retains a deputy-chairmanship and a nine-percent stake.

FSG's new contract with Beijing to build alleged prison camps in central China, has drawn deep criticism, including from within the infrastructure of the US Department of Defense (DoD).

Ex-Blackwater Chief Suspected of Selling Mercenary Services Abroad
FSG, according to reports, was created by Prince and Chinese backers from CITIC — who control almost $1 trillion in assets — specifically to secure transit infrastructure supporting the Beijing Belt and Road initiative, including aviation, logistical, and other security services.

Not confined to Asia, FSG has profited from guarding Somalian free-trade zones and operating what is claimed to be medical-air transport in Kenya.

Although FSG has not been a star on Wall Street, investors note Prince's easy access to Capitol Hill and his firm's deep pockets.

The recent China deal is evidence that Prince — the younger brother of Betsy DeVos, US President Donald Trump's pick for the nation's Secretary of Education — is "serving the national interest of China, which competes directly with the US," noted DoD National Defense University professor Sean McFate, cited by Bloomberg.

China remains one of a handful of nations banned under US regulations for Americans to directly offer for-profit military services.