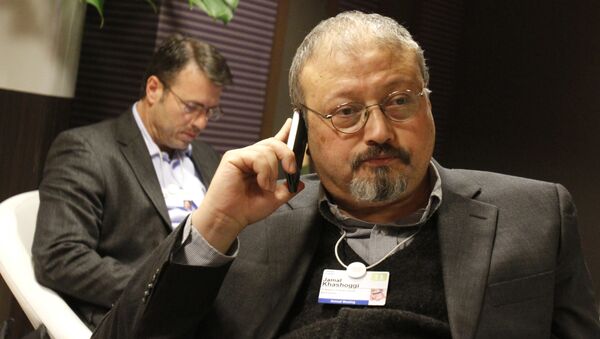 The White House came under fire earlier in the day when it appeared they would not meet Friday's congressional deadline on determining whether Saudi Crown Prince Mohammad bin Salman ordered the killing of Khashoggi.

Saudi FM Assures That 'We Know That Crown Prince Didn't Order Khashoggi Killing'
In October, US senators triggered a provision in the Global Magnitsky Act that gives the president 120 days to determine whether a foreign individual is responsible for extrajudicial killings and whether the US president intends to impose sanctions on that person.

Earlier, when asked about making the deadline, a senior Trump administration official in a statement said: "the President maintains his discretion to decline to act on congressional committee requests when appropriate."

In a press release on Thursday, UN Special Rapporteur on extrajudicial killings Agnes Callamard announced the findings of a probe into Khashoggi’s death. Callamard said they concluded that Saudi government officials planned and carried out the murder of the journalist and undermined Turkey’s investigation.

World
EU's Position on Khashoggi's Murder Remains Same, Probe Needed - Spokeswoman
The New York Times reported on Thursday, citing current and former US and foreign intelligence officials, that Salman had told a top aide in 2017 that he would use "a bullet" on Khashoggi if he did not return to Saudi Arabia and end his criticism of the government.

On December 13, the US Senate passed a resolution that blames Salman for the murder of Khashoggi despite Riyadh’s remarks rejecting such accusations.

Saudi Minister of State for Foreign Affairs Adel al-Jubeir reaffirmed on Friday the kingdom’s position that there are no links between the murder and the crown prince.

Khashoggi went missing on October 2 after he entered the Saudi consulate in Istanbul. Riyadh initially denied any knowledge of the journalist's whereabouts, but later admitted that Khashoggi had been killed with a drug injection and his body had been dismembered and taken out of the consulate. The Saudi authorities have charged 11 people with Khashoggi’s murder.